A baby boom is brewing at a suburban Arizona hospital where 16 intensive care nurses recently discovered they are all pregnant.

The nurses at Banner Desert Medical Center in Mesa outside Phoenix joked Friday they thought there was something in the water when it became clear they were all expecting babies between October and January.

Nurse Rochelle Sherman, nearly eight months along, said: “I don’t think we realized just how many of us were pregnant until we started a Facebook group.”

Nurse Jolene Garrow joked, “We all formulated this plan to have the holidays off!”

Garrow said that as their pregnancies have progressed, the patients have begun noticing that most of the nurses around them are expecting. One patient insisted on touching her belly the night before, she said.

Garrow added that their non-pregnant colleagues have been great at helping with patients they should not be exposed to because of conditions or treatments that are potentially dangerous for expectant women, such as tuberculosis or shingles or chemotherapy because of the radiation. 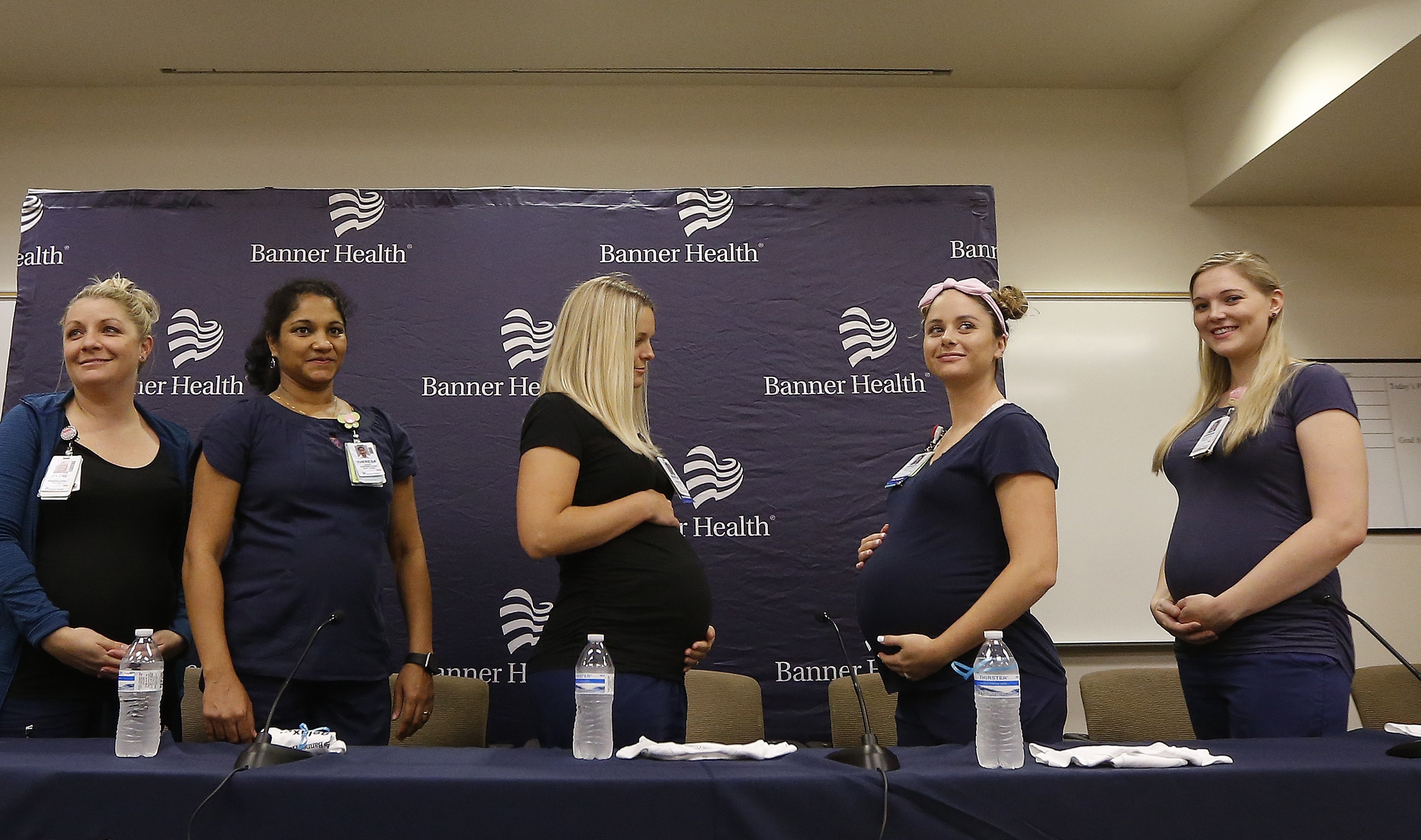 Most of the sixteen pregnant nurses who work together in the intensive care unit at Banner Desert Medical Center show their baby tummies Friday, Aug. 17, 2018, in Mesa, Ariz. , as they talk about all being pregnant at the same time, with most of them due to give birth between October and January. (AP Photo/Ross D. Franklin)

But Ashley Adkins worried that the other nurses are getting tired of their pregnancy-focused conversations.

“They just roll their eyes!” she laughed. “More baby talk!”

Hospital officials noted that the Banner medical center chain has a pool of floating nurses that should ensure shifts are covered when their ICU nursing specialists begin taking their 12-week maternity leaves starting in the fall.

The nurses said their colleagues are throwing a group baby shower next week.

The hospital on Friday gave the women one-piece rompers reading, “Relax! My mom is a Banner nurse!”