A blood test five years after breast cancer treatment helped identify some women who were more likely to relapse, long before a lump or other signs appeared, a preliminary study found.

It was the largest experiment so far to use these tests, called liquid biopsies , for breast cancer. Results suggest they someday may help reveal which women need longer preventive therapy and which ones can be spared it.

“It could be providing an early warning sign” for some women that cancer is returning, said Dr. Joseph Sparano of Montefiore Einstein Center for Cancer Care in New York.

On the other hand, “if you had a negative test, there was a 98 percent chance you would not have a recurrence in the next two years” and perhaps could skip further treatment, he said.

The test — CellSearch, sold by Menarini-Silicon Biosystems — looks for stray cancer cells in the blood. 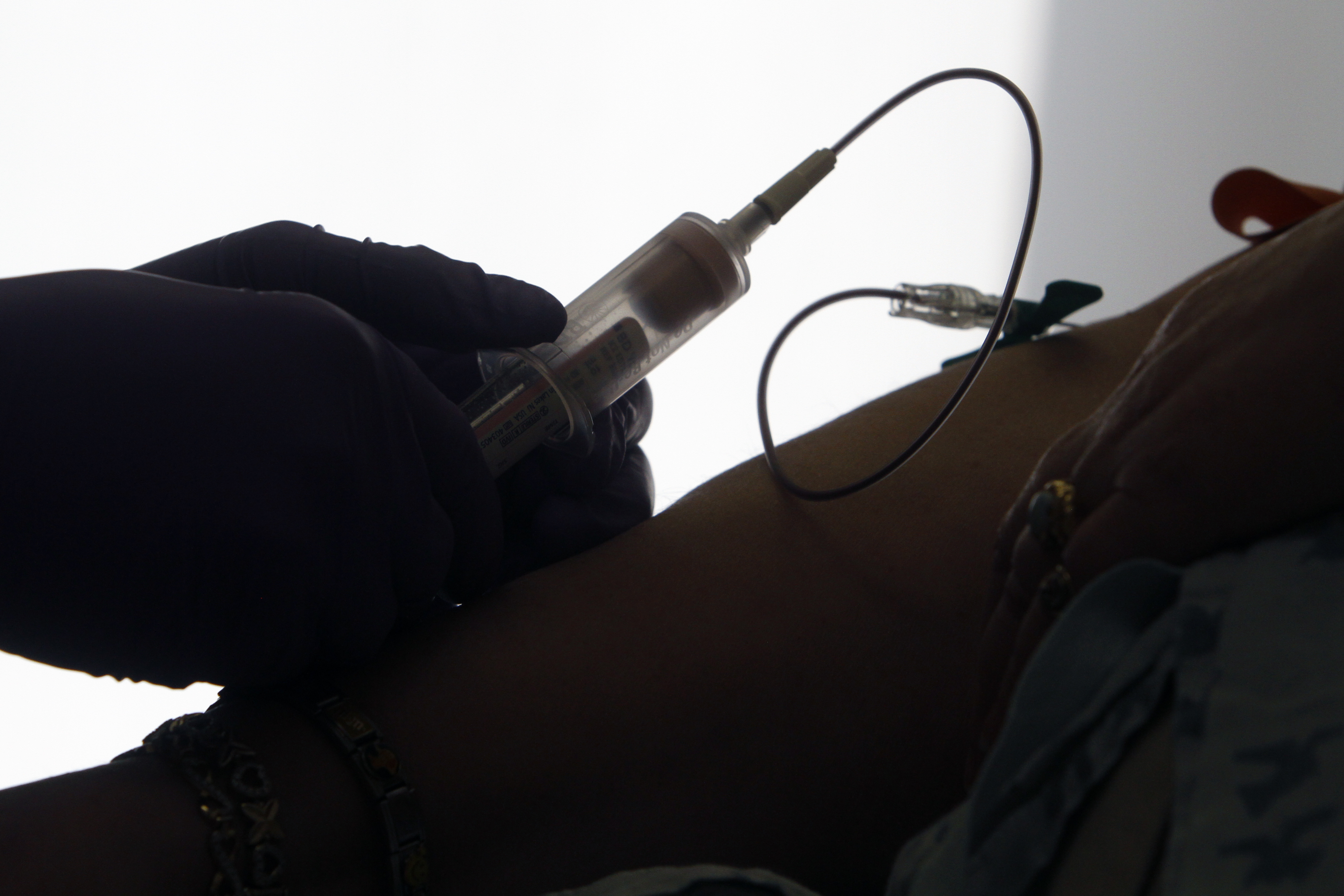 In this Tuesday, April 28, 2015 file photo, a patient has her blood drawn for a liquid biopsy at a hospital in Philadelphia. A study released on Friday, Dec. 8, 2017 found that a blood test five years after breast cancer treatment helped identify women who were likely to relapse, long before a lump or other signs appeared. (AP Photo/Jacqueline Larma)

Breast cancer survivors may be tempted to rush out and get it, but doctors say it’s too soon for that. Although it’s been used for about a decade to monitor certain patients with advanced cancer during treatment, its value for helping to predict breast cancer relapse risk is not well established, and insurers won’t pay the $600 to $900 tab.

The new study should spur more research on this right away, said Dr. Massimo Cristofanilli, a breast cancer specialist at Northwestern University in Chicago who has used these tests and consults for another company developing one.

“Clearly, to me, we have to do something” now that this study suggests a wider role for them, he said.

It involved 547 women in long-term follow-up from an earlier cancer drug study. Two-thirds of them had cancers fueled by estrogen, and in most cases it had spread to lymph nodes but not more widely.

All had surgery and chemotherapy followed by hormone-blocking medicines for five years. Guidelines now recommend considering hormone blockers for up to 10 years, but they have side effects and their benefit beyond five years is fairly small. So finding a way to tell who really needs that would be a big help.

Women in the study had a CellSearch test five years on average after their cancer was found and treated.

Among those with estrogen-fueled disease, 5 percent had cancer cells in the blood test, and they turned out to have a 22-fold higher risk of recurrence within roughly two years compared to women whose blood test was negative.

About 65 percent of women with hormone-positive disease and a positive blood test did not have a new breast cancer within two years, but that doesn’t mean the blood test gave a false alarm, Sparano said.

“We haven’t followed the patients long enough” — it could be that more tumors become evident with more time, he said.

The blood test seemed to do a good job of identifying which of these hormone-positive patients were at low risk of recurrence, suggesting that women who test negative may be able to forgo an additional five years of hormone-blocking medicines.

The test did not predict recurrence risk in the rest of the women in the study, whose tumors were not fueled by estrogen. They have a lower risk of recurrence after five years to start with.

The study was funded by the Breast Cancer Research Foundation, Susan G. Komen Foundation and the National Cancer Institute.