Drug overdose deaths have increased by 33 percent in the past five years across the country, with some states seeing jumps of nearly 200 percent.

According to data from the Centers for Disease Control and Prevention, 30 states saw increases in overdose deaths resulting from the abuse of heroin and prescription painkillers, a class of drugs known as opioids. New Hampshire saw a 191 percent increase while North Dakota, Massachusetts, Connecticut and Maine had death rates jump by over 100 percent.

“Too many Americans are feeling the devastation of the opioid crisis either from misuse of prescription opioids or use of illicit opioids,” says Dr. Tom Frieden, head of the CDC. “Urgent action is needed to help health care providers treat pain safely and treat opioid use disorder effectively, support law enforcement strategies to reduce the availability of illicit opiates, and support states to develop and implement programs that can save lives.”

Last year, more than 52,000 people died from drug overdoses, with almost two-thirds involving prescription or illegal opioids. Deaths from synthetic opioids, including illicit fentanyl, rose 73 percent, to 9,580. And prescription painkillers took the highest toll but posted the smallest increase. Abuse of drugs like Oxycontin and Vicodin killed 17,536, an increase of 4 percent.

In comparison, the number of people who died in car crashes was 37,757, an increase of 12 percent. Gun deaths, including homicides and suicides, totaled 36,252, up 7 percent. 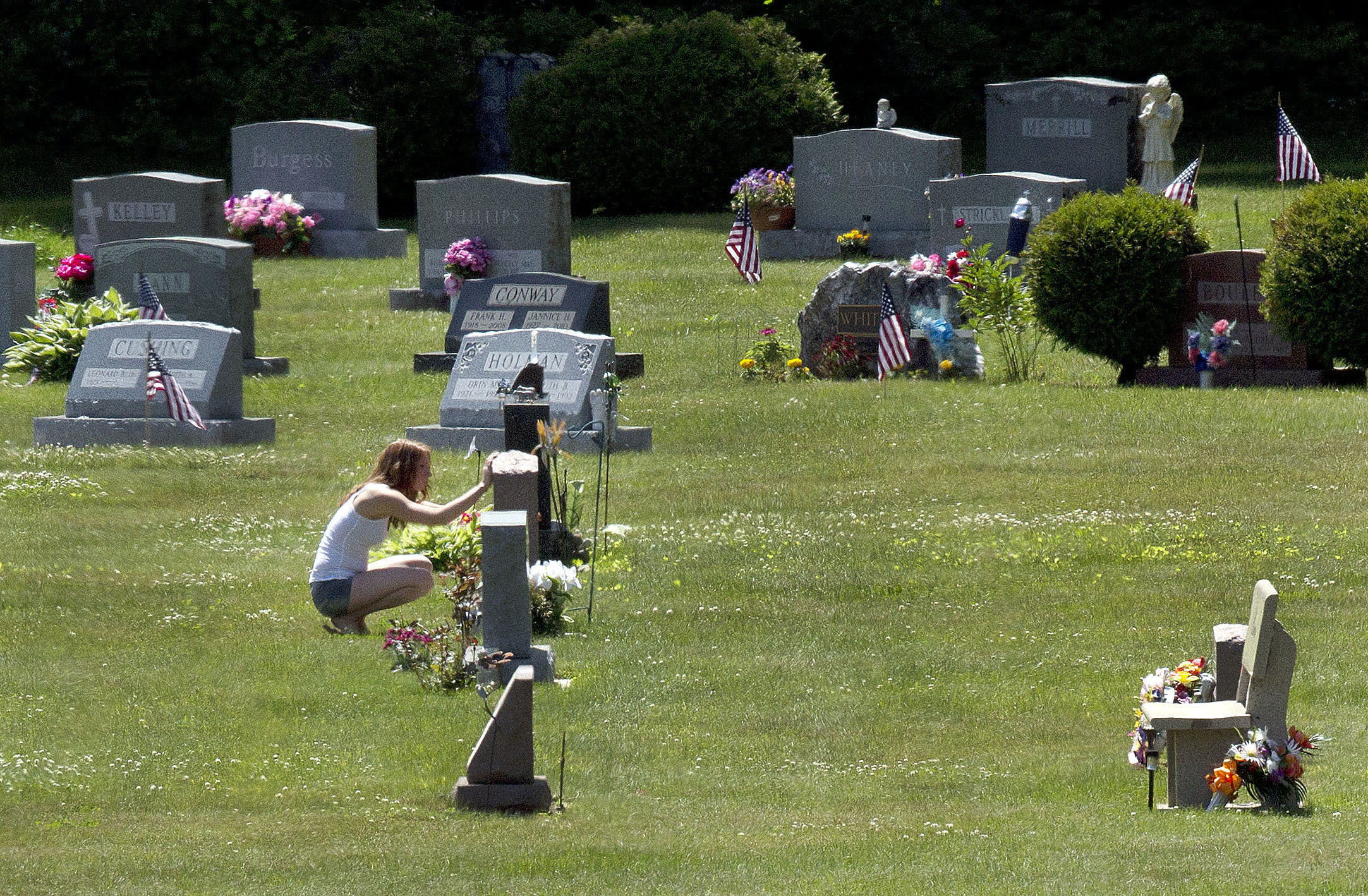 In this June 17, 2016 file photo, Erika Marble visits the gravesite of Edward Martin III, her fiancé and father of her two children, in Littleton, N.H. The 28-year old died Nov. 30, 2014, from an overdose of the opioid Fentanyl. (AP Photo/Jim Cole, File)

“It’s certainly disheartening for those of us in public health,” says Katherine Keyes, a Columbia University epidemiologist who researches drug abuse issues.

“Part of what has been concerning for many epidemiologists and other public health professionals is the rise in these high-dosage opioids like fentanyl that really are contributing in very pervasive ways to the overdose epidemic,” she says. “What you saw in the CDC report is that one of the major categories where you saw an increase in overdoses was when fentanyl is involved. Certainly, that is not a surprise to those of us who have been working in opioid addiction and overdose. But it is a stark reminder that that is the challenge we are facing — these new synthetic opioids.”

The Northeast has been hit especially hard by the drug crisis, with New Hampshire among those suffering the most. Just this year, overdose deaths were expected to top 500. The state’s congressional delegation was among those supporting a bill that would provide $1 billion in funding to states to fight heroin and opioid abuse.

Heroin, fentanyl, and prescription painkillers are the primary drivers of addiction in recent years.

“Obviously the fact that 500 people are going to succumb to addiction this year is just a terrible tragedy,” says Republican Jeb Bradley, the state Senate majority leader. “It reminds us all that we have to make sure that we … monitor carefully what’s working and what isn’t and be prepared as we come back in January to address this issue.”