The Department of Veterans Affairs’ Veterans Health Administration’s campaign to limit healthcare facility-associated infections (HAIs) of methicillin-resistant Staphylococcus aureus (MRSA) continues to make significant progress, according to a study  published in the January issue of the American Journal of Infection Control, the official journal of the Association for Professionals in Infection Control and Epidemiology (APIC).

The new study, by Martin E. Evans, MD and colleagues from the Veterans Health Administration, found that between October 2007 and September 2015 monthly HAI rates dropped 87 percent in intensive care units (ICUs), 80.1 percent in non-ICUs, and 80.9 percent in spinal cord injury units (SCIUs). In long-term care facilities (LTCFs), rates fell 49.4 percent during the period of July 2009 to September 2015. During September 2015, only two MRSA HAIs were reported in ICUs, 20 in non-ICUs (with three in SCIUs), and 31 in LTCFs nationwide.

“Understanding how and why rates of MRSA have diminished in recent years is essential for the continued progress of effective prevention programs,” says lead study author Martin E. Evans, MD. “As we seek to protect patients from MRSA and other resistant organisms, our study supports the need for strong infection prevention programs at every healthcare facility.” 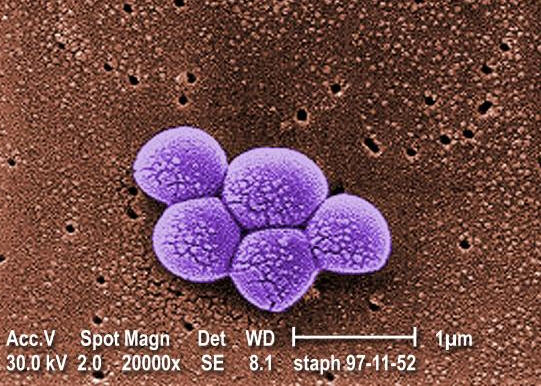 Prior to 2007, MRSA HAI rates were unacceptably high in VA facilities leading the VA to implement the MRSA Prevention Initiative nationwide in October 2007. Results from a previous study published by the researchers demonstrated a significant decline in MRSA transmissions and MRSA HAIs between October 2007 and June 2012 in acute care medical centers, between October 2007 and June 2011 in SCIUs, and between July 2009 and December 2012 in LTCFs. The current study updates and supports these continuing trends in MRSA transmission and HAIs through September 2015, thus comprising an eight-year study period.

The VA program included having a dedicated MRSA prevention coordinator at each facility to oversee a bundle of interventions which included: universal active surveillance (screening) on admission, unit-to-unit transfer, and discharge; contact precautions for those colonized or infected with MRSA; adherence to hand hygiene; and institutional culture change where infection prevention became everyone’s business.

The authors speculated that the focused attention on MRSA infections helped motivate healthcare workers to practice better infection prevention and control measures. “We speculate that active surveillance was the primary driver of the downward trends seen in the VA, because MRSA HAI rates had not changed prior to October 2007 when the initiative was fully implemented, even though formal recommendations for hand hygiene and device-related infection control bundles had been in place for several years.”

MRSA causes a range of illnesses, from skin and wound infections to pneumonia and bloodstream infections that can lead to sepsis and death. Staph bacteria, including MRSA, are one of the most common causes of healthcare-associated infections. Studies show that 33 percent of people carry staph in their nose, usually without any illness, while two out of 100 people carry MRSA, according to the Centers for Disease Control and Prevention.