Eko Devices (Eko), a Silicon Valley-based digital medical device company, has received CE-clearance to launch the Eko Core, a next generation digital stethoscope, to the U.K. and European markets. The stethoscope is the first and only digital stethoscope to wirelessly pair with a free app on a clinician’s Android or iOS device, allowing for clinicians to securely record, save, annotate, and share sounds with experts for a second opinion. On the 200th anniversary of the stethoscope’s invention, the Eko Core is paving the way for a new generation of clinicians to more effectively screen for and monitor the cardiovascular diseases that affect 7 million Brits and 1 in 4 people worldwide.

“The Eko Core enables remote clinical examination in any location, from a patient in their own home, to a paramedic in an ambulance, or a care worker in a residential setting; the possibilities for a digital stethoscope are endless,” says Dr Keith Grimes, a U.K.-based GP and Digital Healthcare Innovator. “I use the Eko stethoscope in my GP surgery daily, it switches seamlessly between analogue and digital, the amplification works well, and the ability to share information with patients is really interesting aspect. I had a mother who was concerned her son had a heart murmur; using the digital stethoscope connected to my phone she was able to hear it and be reassured that it was normal. I am learning so much daily by using the Eko technology and researching the future possibilities it opens up.” 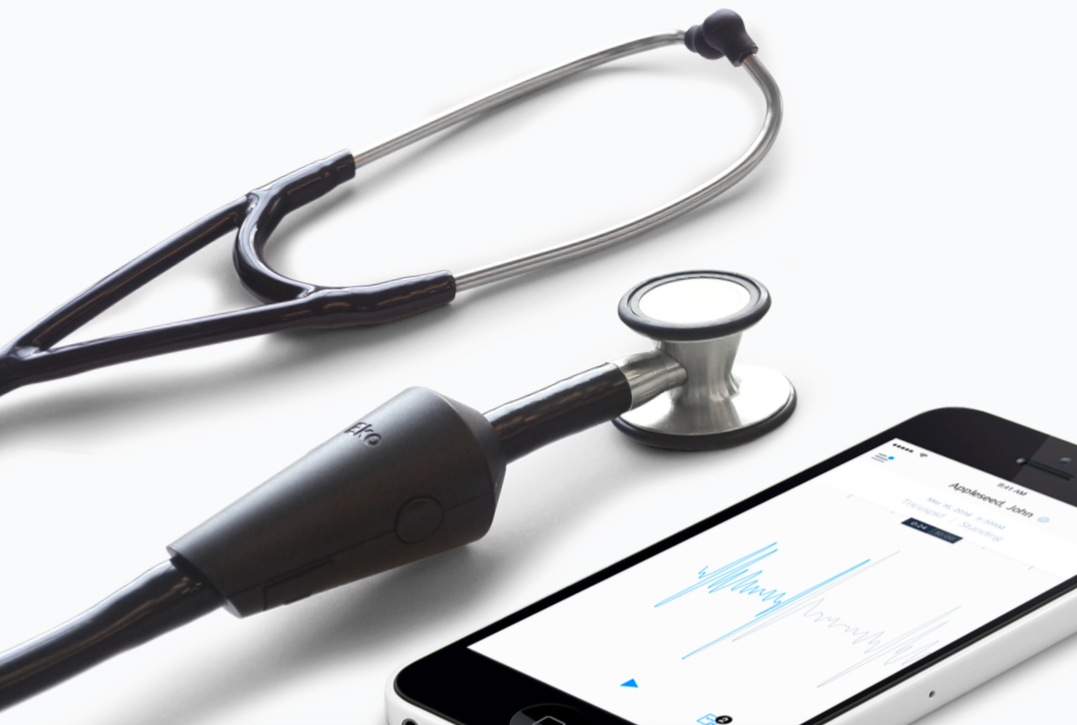 Eko Core will now be available to 500,000 clinicians U.K.-wide who rely on stethoscopes as a fundamental component of patient examination. It provides an unprecedented listening experience, with 40x sound amplification and noise reduction. The Eko Core is the only stethoscope available that enables clinicians to switch between analogue and digital modes, and can be sold either as a complete digital stethoscope or as a digital attachment (converter) for analogue stethoscopes. As clinic-to-clinic and in-home telehealth visits expand in the U.K., Eko will be able to power the ability for clinicians and specialist to perform cardiac and pulmonary exams remotely, opening access to health services to rural patient populations. There are already more than 3,000 clinicians using the device at over 400 institutions across the U.S.

“As many as 80% of internal medicine residents misdiagnose common murmurs with their stethoscope, so the idea was to build a ‘smart stethoscope’ to assist clinicians in their decision-making process,” said Connor Landgraf, CEO and co-founder at Eko. “Given the 7 million heart disease patients in the UK, this has tremendous potential to help clinicians who are less specialised in cardiovascular medicine to detect and manage heart problems, saving significant NHS resources.”