Researchers from Aalborg University are involved in an international project to develop portable robot skeletons for the elderly so they can continue to be active longer. Think of it as a tool, not as a robot, says researcher.

The world’s population is aging. According to the World Health Organization (WHO), in 2050 there will be more than two billion people over age 60. And the older we get, the weaker our bodies become. So an international team of researchers and companies are working to develop an exoskeleton for senior citizens so they can remain active for longer.

“Many older people are mentally fit and want to continue to be active, but their physical abilities are steadily deteriorating,” explains Shaoping Bai, Associate Professor at the Department of Mechanical and Manufacturing Engineering at Aalborg University. “This is an attempt to complement the strengths of older people so they can continue to be mobile and live independently for a longer time.” 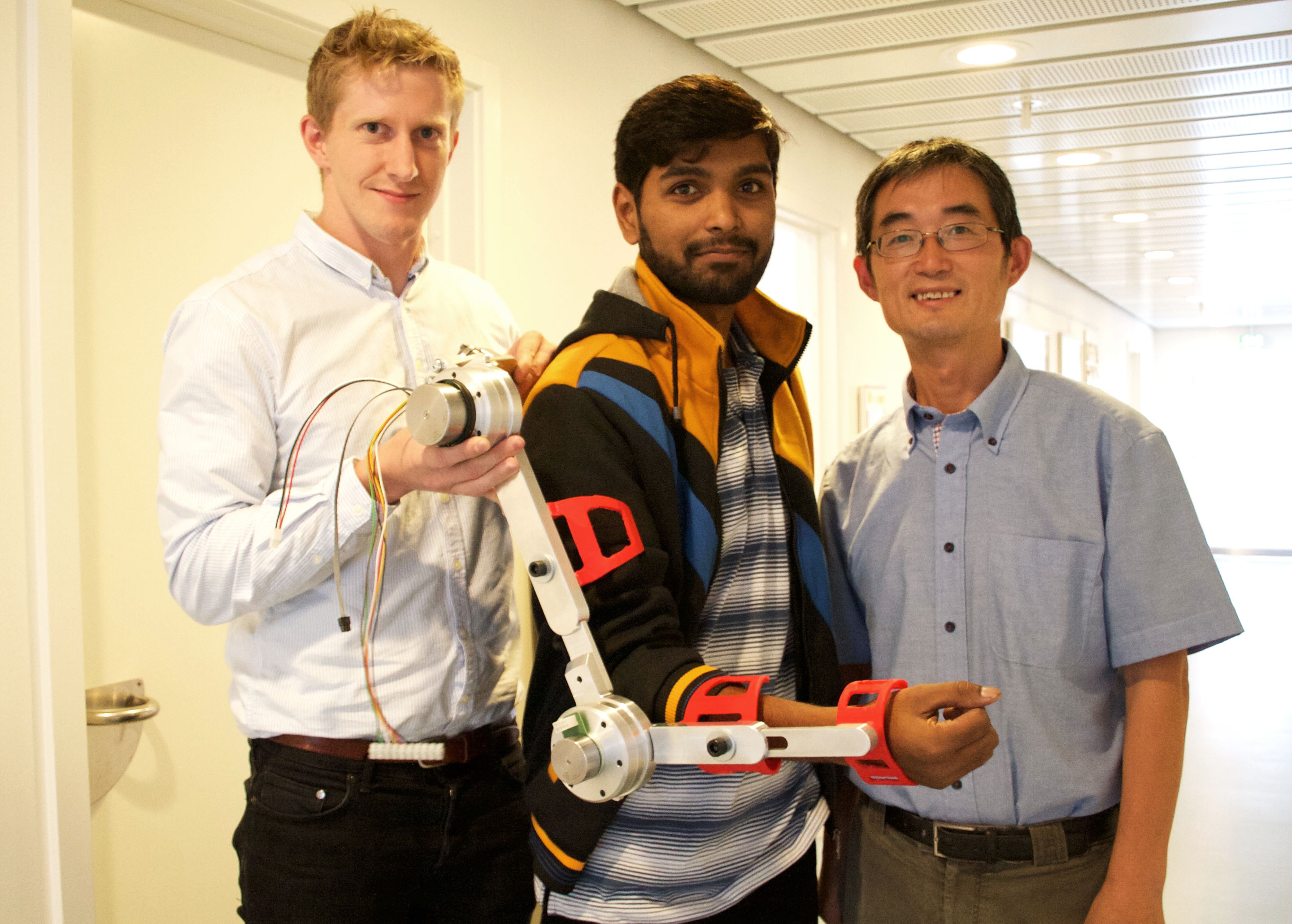 Put the Skeleton On
In popular terms, an exoskeleton is a kind of light-weight robot skeleton with small electric motors that can be mounted on the body. This gives the body support while the motors provide extra strength to perform different types of movements. It’s a bit like being on a battery-powered electric bicycle where the motor assistance depends on how strongly you step on the pedals.

Using a variety of advanced sensors the exoskeleton detects things like whether you want to lift your arm or stretch your elbow, and activates small motors that function somewhat like power steering in a car; the movements will be easier and you don’t need to put a lot of effort into them.

Exoskeletons exist to some extent today as medical devices for people who have lost the use of their limbs. For example, the opening game at the World Cup in Brazil last year was officially kicked off by a 29-year-old man who was paralyzed from the waist down. Standing on the sideline wearing an exoskeleton, he was able to kick the ball to the referee to start the match. 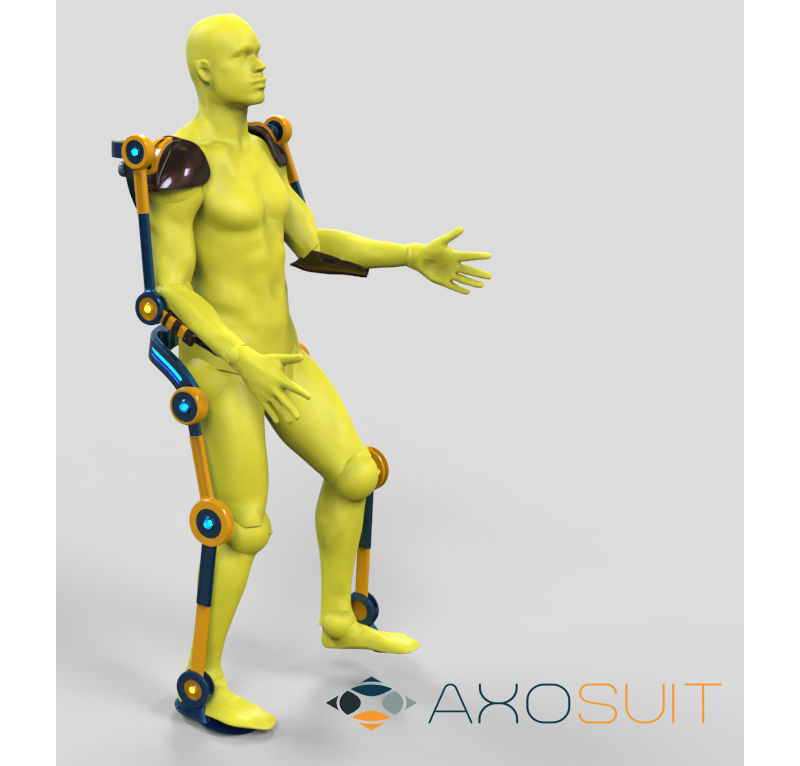 Not Medical Equipment
The exoskeletons that the Aalborg University researchers are working on, however, are not meant for people who are paralyzed or otherwise disabled. The target group is primarily active older people who, for example, would like to continue to be able to garden, go out for walks and manage in their own homes for a longer time.

“There are some very advanced and very costly exoskeletons developed for the medical world,” explains Shaoping Bai, “but that’s not what we’re working on. The product we’ll end up with will be more something you put on for half an hour or an hour if you need to perform a task that you can no longer do.”

Bones Outside the Skin
A human body is very complex and researchers thus face an enormous task when they’re designing a portable robot skeleton that has to imitate the body’s movements.

“Our joints are inside the body, but with the exoskeleton the support will be on the outside,” explains Simon Christensen, a PhD student on the project. “It’s a huge design challenge to make something that feels natural and comfortable for the user.”

Social Challenges
The target group for the exoskeletons are senior citizens, a group that is usually not the first to embrace new technology. So the research team takes great care in involving users in the development of the new technology.

“It’s important that users don’t feel that the exoskeleton is stronger than they are – in the sense that it can disempower someone,” says Shaoping Bai. “The sensors must be sensitive enough to be able to determine how much the motors need to help. The biggest challenge is actually purely mechanical.”

“Of course, there is also a social challenge in terms of whether or not our potential end users will accept the technology,” says Shaoping Bai. “That’s why we call it a tool instead of a robot. Just the word robot will keep more conservative people from trying it. It smells of Robocop or Iron Man. We’d like people to think of it as a tool or as an aid instead.”

Not Too Much Strength
The research team is aware of the fact that the exoskeleton should not give users too much strength. In principle, a motorized robotic skeleton gives whoever is wearing it the opportunity for almost superhuman strength. But too much strength makes the user feel uncomfortable, says Shaoping Bai. So the performance of the electric motor is limited to a maximum of 30-50 percent.

“It is absolutely essential that you feel that it’s you controlling the robot and not the other way around,” he says. “You must be stronger than the skeleton you have on, and we have designed the motors for this.”

On the Market in Five Years
The partnership on AXO Suit, as the robot skeleton is called, has been going on for ten months and the researchers expect to already be able to present the first portable prototype in the course of a year. When the project runs out in two years a fully functional model has to be ready.

“In five years, we expect that commercially available models will be on the market,” says Shaoping Bai. “We don’t expect that this is something you’ll see everywhere in five years, but that it will be accessible on the market for ordinary consumers. This is what we are working on with our partners in Sweden, Ireland and Belgium. There is clearly commercial potential in it too.”