Galatea Surgical, a wholly owned subsidiary of Tepha Inc., announced the launch of its GalaSHAPE 3D Surgical Scaffold (“GalaSHAPE 3D”) for use in aesthetic plastic surgery. Based on Tepha’s proprietary P4HB bioresorbable polymer technology, GalaSHAPE 3D is an implantable mesh device that is contoured to facilitate surgical placement in the naturally-curved areas of the human body. The full launch of GalaSHAPE 3D follows its FDA 510(k) clearance in the fall of 2016.

Dr. Bruce Van Natta, a leading plastic surgeon in Indianapolis, Indiana says, “The ability of the GalaSHAPE 3D scaffold to conform to the variable anatomic contours encountered in aesthetic plastic surgery is a major advance compared to currently available synthetic and biologic meshes. My colleagues and I already have been using Galatea’s GalaFLEX flat mesh for over five years in a range of aesthetic plastic surgery procedures for the breast, face, brow, and neck. The combination of P4HB’s strength, bioresorption, and ability to enable rapid tissue ingrowth and integration will help plastic surgeons achieve exceptional aesthetic results for their patients. The introduction of GalaSHAPE 3D further establishes Galatea Surgical as the innovator in soft tissue reinforcement.” 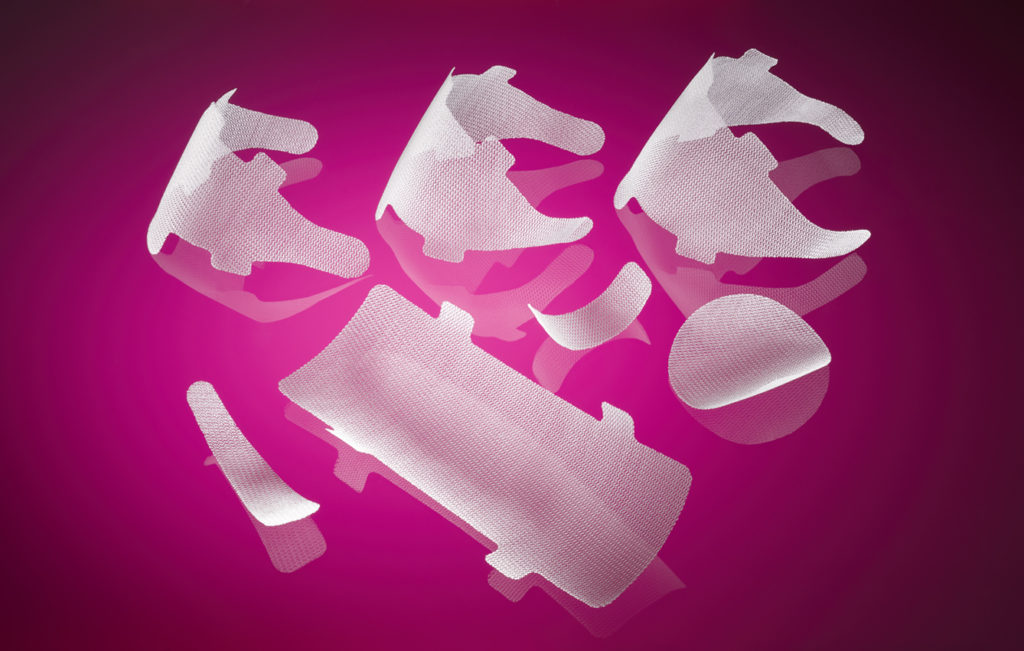 GalaSHAPE 3D is the only three-dimensional bioresorbable mesh device that is indicated for use in plastic and reconstructive surgery for the support, reinforcement, and elevation of weakened soft tissue. Similar to the GalaFLEX Surgical Scaffold, GalaSHAPE 3D is a mesh comprised of monofilament fibers extruded from a proprietary polymer, P4HB, developed by Tepha. P4HB, or poly-4-hydroxybutyrate, is a biologically derived polymer that resorbs in the body with very low inflammation due to its low acidity relative to most other resorbable polymers. Extensive animal testing and histology from human patients indicate that as P4HB mesh resorbs, it remodels to a functional new tissue plane that adds thickness and strength to the native, healthy tissue.

“Galatea is very excited to initiate the full launch of the GalaSHAPE 3D Surgical Scaffold,” says Andrew Joiner, President and CEO of Tepha Inc. “Since the founding of Galatea and the first clinical use of GalaFLEX in 2011, we have been committed to working with thought leaders in aesthetic surgery like Dr. Van Natta, who have recognized the benefits of the proprietary Tepha P4HB technology for both surgeons and their patients. These clinical collaborations have helped to define Galatea’s careful and thoughtful development strategy in the past and we are confident that they will motivate and guide our innovation strategy in the future.”