5 tips from medtech leaders for the next generation

How this medtech molder is navigating challenging times

Courage to lead – and leap

It’s been a privilege to edit the latest edition of Medical Design & Outsourcing, kicking off 2023 with our annual Leadership in Medical Technology Issue.

Executive Chris Newmarker had the honor last year, as I was on paternity leave with my newborn son. Baby James is now a fearless 1-year-old on the move, scrambling his way to new heights on anything he can climb and terrorizing our toddler and the family dog.

His first steps are days away. He’s just started to stand on his own for a few seconds at a time. One of two actions usually follows this two-footed feat. Most times, he plops down to the floor on his diaper-cushioned rear. But increasingly often, he’ll lunge forward with no guarantee that he’ll land on his feet or someone will catch him as he falls.

There will be bumps, bruises and boohooing before this baby’s bipedal breakthrough. But I know he’ll do it. Somehow, so does he. I hope he holds on to that courage.

Courage is a word that kept coming to me while listening to Outset Medical CEO Leslie Trigg speak on stage at our DeviceTalks West conference. She spoke of the importance of leaping before you look, taking risks and believing in yourself and your team.

Trigg is on the cover of this Leadership edition because she’s led the device developer through key design decisions and into the homes of dialysis patients across the country. When the call came to become CEO, she wasn’t sure it was the right move for her or for the company. But she had faith in the team, in the technology, in herself, and she took that leap.

Medtech legend Bill George is also featured in this edition, and he’s asking the industry to have the courage to hand the keys to the next generation. He wants today’s leaders to embrace change and prepare tomorrow’s leaders on their terms. “Give them the leadership roles, and you’ll be shocked at how well they perform,” he told Associate Editor Sean Whooley.

You’ll notice more CEOs than usual in our cast of contributors, including MasterControl’s Jon Beckstrand. Fresh off a Series A fundraise that values the quality management system software developer at $1.3 billion, Beckstrand shares what he’s learned about empowering leadership across a fast-growing organization.

This issue also has advice for the next generation from senior executives at Stryker, Johnson & Johnson and Medtronic. “You have to be willing to run to the fire,” Boston Scientific CEO Michael Mahoney tells Tom Salemi in our DeviceTalks column.

As I watch my children grow, I believe more and more that we’re all born with the courage to leap and lead, and that life experiences either erode or build that trait. I hope you’ll draw courage from this Medical Design & Outsourcing Leadership Issue and carry it with you through whatever the year ahead may bring.

More from the January 2023 edition: 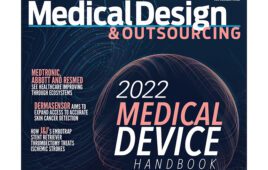 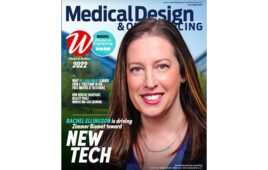 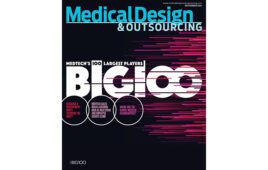 September 2022 Issue: The Medtech Big 100 is bigger than ever 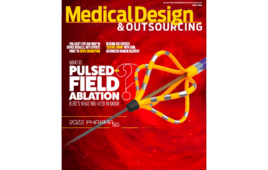