A New Jersey man walking to buy a lottery ticket for this week’s massive Mega Millions jackpot fell and broke his hip, but the trip to the hospital turned into his lucky break. 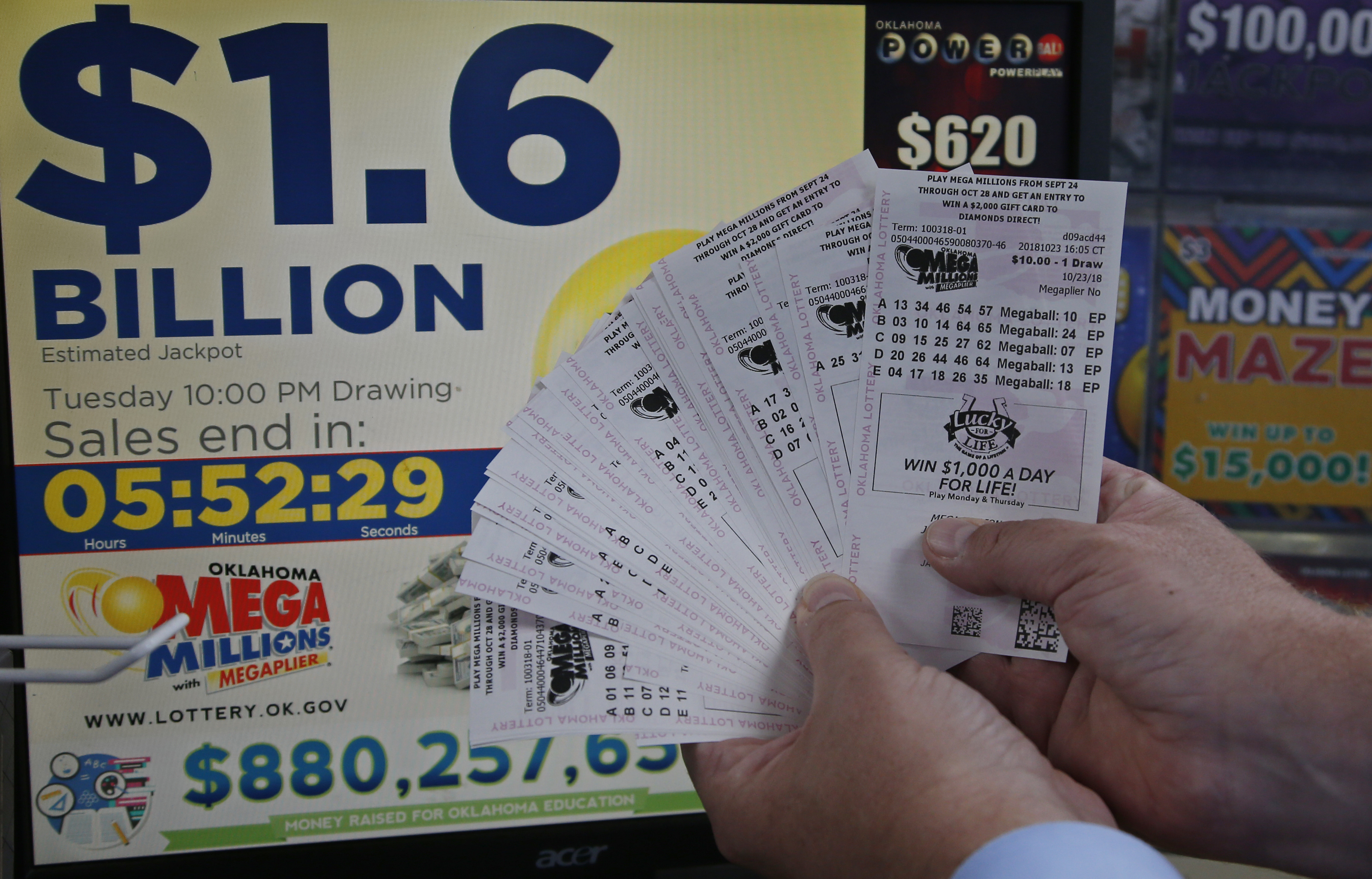 A customer, who did not want to be identified, displays the $200.00 worth of Mega Millions tickets he bought at Downtown Plaza convenience store in Oklahoma City, Tuesday, Oct. 23, 2018. (AP Photo/Sue Ogrocki)

Livingston’s niece, Bobbie Mickle, says Livingston told staff he was disappointed about not getting a ticket so they invited him to join the pool with 141 other people.

Livingston will need a hip replacement, but he says he’s thankful. Mickle says she first thought her uncle was confused when he said he won, but staff later confirmed his story.