A sensational story that recently aired on CNN offered up alarming claims of questionable methodology by Mayo Clinic, one of the most renowned healthcare organizations in the country. CNN profiled a family claiming their teenaged daughter was “medically kidnapped” by Mayo Clinic. Now, the Minnesota institution is firing back, insisting the news report was “inaccurate, incomplete and irresponsible.”

The young patient was admitted to Mayo in 2016 to address a ruptured brain aneurysm, requiring emergency surgery. According to the CNN story, conflicts arose between healthcare personnel and the family. The family maintains their their concerns weren’t heard and that they were barred from seeing their daughter.

The family eventually removed the teen from the facility in a manner that more resembled a jailbreak than a traditional discharge procedure. CNN included cell phone footage of the family fleeing the hospital as the centerpiece of the story.

Mayo Clinic rarely chooses to directly address concerns about their practices that might get a moment or two in the media spotlight, but this time is different. The healthcare provider issued a vehement statement disputing the accuracy of the story, insisting it “lacks further clarification and context that CNN knew but chose not to use.” 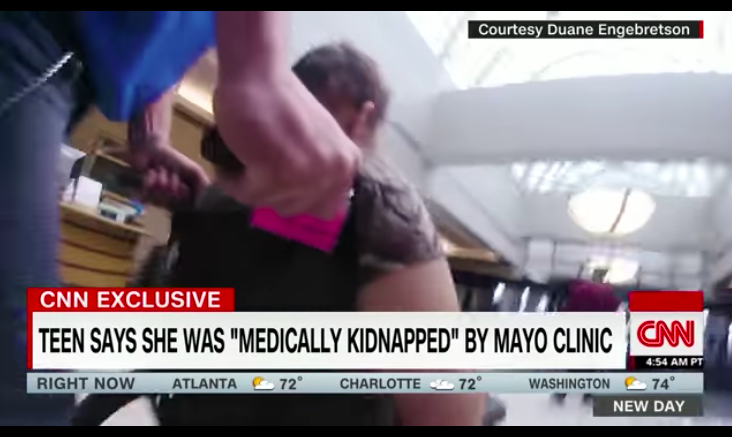 According to Mayo Clinic, healthcare staff had concerns about the capability of the patient’s family to properly care for her after surgery and also detected signs of abuse. Family members were said to be physically aggressive with Mayo Clinic staff, and healthcare professionals caring for the patient were concerned about perceived resistance to their advice that the young woman be taken off the opioids prescribed immediately following the surgery.

Mayo Clinic leaders say they provided all the relevant information to CNN in a meeting that lasted several hours, but they also refused to be interviewed on-camera, citing policies around patient privacy.

Michael Harper, MD, executive dean for practice at Mayo, tells Minnesota Public Radio that the patient’s care was always the top priority and the staff addressed a complicated situation effectively.

“I am absolutely convinced that Mayo handled the situation in the best possible way for meeting the needs of the patient, keeping those needs at the forefront and protecting the staff,” Harper says.

In response to the Mayo Clinic defense, CNN offered a detailed accounting of their reporting methodology. The news organization says they stand by their story.