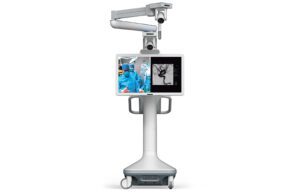 Medtronic Neurovascular and Avail Medsystems have signed an agreement to use Avail’s operating room consoles during stroke procedures, the leaders of both businesses told Medical Design & Outsourcing this week.

Medtronic will pay to place several hundred Avail consoles around the U.S. in the next few years. The deal enables the medtech giant to connect virtually with neurosurgeons, Medtronic Neurovascular President Dan Volz said in an interview. (Read more details of the deal at our sister publication MassDevice.)

Avail’s consoles provide live-streaming video, audio and imaging data between surgeons in operating rooms and experts elsewhere. They can watch on a laptop or tablet and offer real-time feedback. 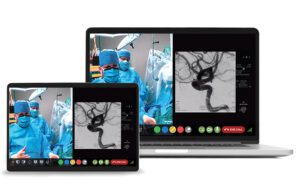 Neurosurgeons treating a stroke patient, for example, can call for a live look and assistance from another surgeon — or a Medtronic sales rep — while R&D engineers can observe procedures to learn how to improve existing devices or identify problems that could be solved with new technology.

“There’s no substitute for an engineer to be in the lab with the physician, but we learned through the pandemic that’s not always possible,” Volz said.

RELATED: Device developers get creative to connect with physicians

Medtronic Neurovascular is already using Avail consoles for internal training and education. About twice a week there’s an opportunity for Medtronic employees to participate in a live Avail broadcast, Volz said.

“It’s a beautiful platform and a beautiful technology where on one of those days you can have 40 to 50 people dialing in to engage with the physician who’s working through the procedure,” he said. “It really is quite remarkable. And the more I engaged in that platform, the more I recognized how powerful that platform could be, not just for the education of our internal resources, but to drive that level of intimacy between us in industry and the physician community. … That platform is a vehicle for us to connect regularly and develop IP.”

Medtronic will allot monthly time on the consoles to connect with surgeons, whether for educating them on using Medtronic products, for Medtronic’s R&D team to learn more about stroke care and the needs of surgeons, or to get visibility into clinical trials and the early stages of product launches. Physicians will also be able to connect with other physicians through the consoles.

“We want to spend more time together and that time is really valuable for us and something that we certainly feel like we should fund,” Volz said. 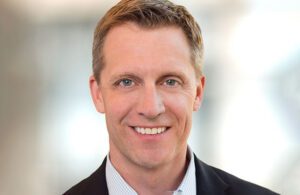 About 15 million people have a stroke each year around the world, and only 10% receive treatment. An estimated 5 million people die from strokes each year, and another 5 million become permanently disabled. COVID-19 increases the risk of stroke even in younger people, but stroke rates were increasing even before the pandemic.

“There are geographies like India where there’s zero access to care,” Volz said. ” For us to really move the needle as the largest neurovascular company in the world, I not only have to figure out how to optimize care for those that have access, but I have to figure out how to create access for those who don’t. And one of the greatest advantages that we have is that we have these wonderful relationships with thought-leading physicians who are super passionate about connecting with somebody else in some other location to help them treat their patients as well.”

At DeviceTalks West in October, Volz announced the Medtronic Neurovascular Co-Lab Platform incubator for stroke treatment innovation. Connectivity is a crucial part of that acceleration effort, he said this week.

“If you have a technology that you want to start to get to the masses, we now have a platform to supercharge that,” Volz said. There’s a real relationship between our remote connectivity program — of which Avail is our partner  — and what we’re trying to do from an innovation standpoint.”

Other Medtronic operating units inside and outside of the Neuroscience portfolios could adopt the technology if it works well for Medtronic Neurovascular.

“Connectivity matters to everyone,” Volz said. “And I think regardless of what business you’re in, we need to be better connected, both industry to physician and physician to physician.”

In a separate interview with Medical Design & Outsourcing, Avail CEO Daniel Hawkins said his company’s console solves the increasingly difficult problem of getting medical device designers and engineers into hospitals. 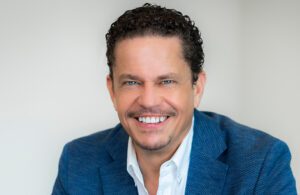 “If you’re not in the procedure room and you’re not watching the procedures, and you’re not asking the second-, third-, fourth-layer questions to break the surgeon or the interventionalists away from their current thought process, you’re not inventing great products,” Hawkins said. “Now more than ever, it’s hard to get folks into the room. So the notion that you can do that using a remote platform facilitates an extraordinary amount of engagement. And the opportunities there for what Dan and the crew are doing with respect to Co-Lab on the design ideation and design perspective are really terrific.”

Hawkins said he’s been told by Medtronic that they’ve already used the technology to train 11,000 people. They’ve trained physicians and Medtronic employees across the world.

While some stroke procedures are planned, R&D engineers are unlikely to be in the room for emergency procedures to remove blood-blocking brain clots or repair ruptured brain vessels.

The Avail consoles don’t record procedures. But if a neurosurgeon encounters a rare situation while treating a stroke patient, they can conference Medtronic engineers in to see for themselves.

“I can’t even begin to describe the power of that as a medical device inventor,” Hawkins said.

And it’s a special moment to witness the first-in-human procedure for a new device. Hawkins said device makers and surgeons have used Avail consoles to bring people in on those experiences remotely.

“Rather than having to tell people about it and have them then make improvements on the product because of what you told them, they have an actual opportunity to see it,” he said. “That’s a game changer.”

Opportunities for other medical device companies

While Hawkins said the Medtronic Neurovascular agreement is Avail’s largest deal to date, there are more to come.

More than 50 medical device companies have validated, tested and/or trialed the Avail consoles. Nine months ago a handful of them -— including Medtronic — started considering strategic partnerships with Avail, Hawkins said.

“After the Medtronic Neurovascular deal was announced, I’ll just say the temperature went up on some of those conversations,” he said, later continuing, “This kind of opens up the next chapter of the growth and development of Avail. We’ve been laying the groundwork for a couple of years.”

He expects to make significant announcements regarding Avail’s footprint and provider relationships around the end of the year.

Hawkins previously told MDO that Avail plans to roll out its first third-party software integration sometime in the first quarter of 2023.

“Our long-term vision here is to create a digitally enabled operating room as the standard, not as the exception, and do so on the backs of our hardware and software network, our ecosystem,” Hawkins said. “That’s the reason why we deploy hardware everywhere that has high-resolution cameras and excess computing power and integrated screens and super-high-resolution audio, because AI (artificial intelligence), CV (computer vision) and ML (machine learning) need that.” 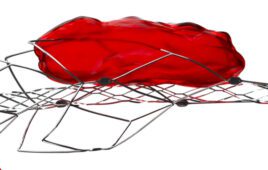 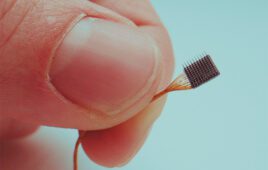