Research using a brain-machine interface (BMI) boasts an impressive list of accomplishments. So far it’s enabled cerebral palsy patients to communicate and powered exoskeletons. It’s literally so easy a monkey could do it; researchers from the Duke Center for Neuroengineering were able to teach one (specifically, a rhesus macaque) to move a robotic arm.

After nearly four years of research, Duke Center of Neuroengineering staff has now built and tested a BMI that lets primates drive a robotic wheelchair using only their thoughts.

The monkeys (again rhesus macaques) had a wireless, high-throughput, multi-channel cortical implant inserted into the promotor and sensorimotor sections of the brain to record neuronal activity, which the BMI translated into translational and rotational wheechair velocities. Though invasive, the implant is essential to facilitating movement of the whole body; recordings of that detail couldn’t be made with something like EEG. 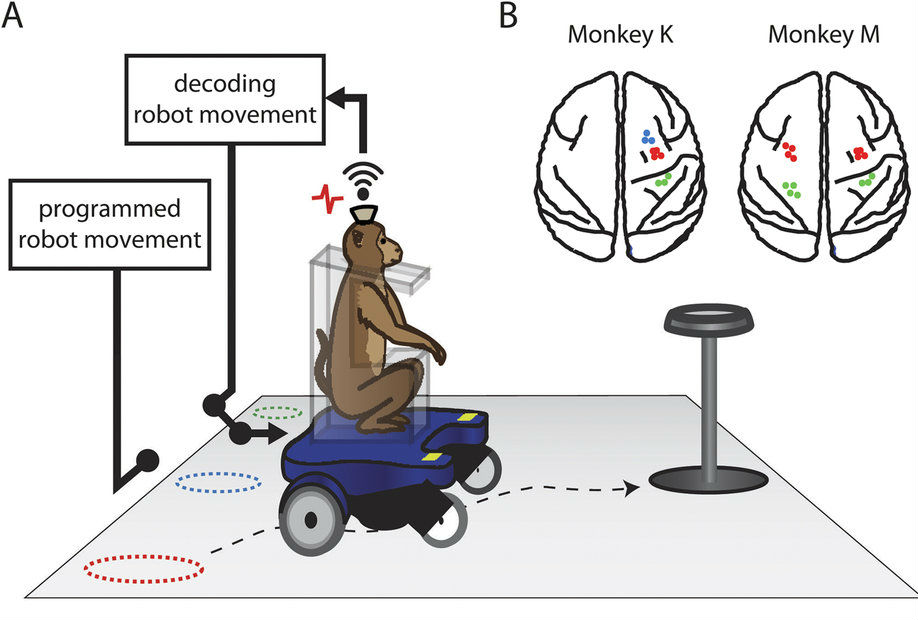 “In some severely disabled people, even blinking is not possible,” said Miguel Nicolelis, director of the Duke Center for Neuroengineering and senior author of the study in a press release. “For them, using a wheelchair or device controlled by noninvasive measures like an EEG (a device that monitors brain waves through electrodes on the scalp) may not be sufficient. We show clearly that if you have intracranial implants, you get better control of a wheelchair than with noninvasive devices.”

This particular experiment traces back to 2012, when two rhesus macaques received hundreds of tiny implants to the premotor and somatosensory brain regions. Then, the monkeys’ brains were trained by passive guidance toward the goal, a bowl full of grapes. (Not bananas?) The implants similarly recorded large-scale electrical brain activity, which the BMI translated into specific motor commands. (The most recent research can be found here.)

A computer in the lab of Miguel Nicolelis, M.D., Ph.D., monitors brain signals from a rhesus macaque. Nicolelis and Duke researchers record signals from hundreds of neurons in two regions of the monkeys’ brains that are involved in movement and sensation. As the animals think about moving toward their goal — in this case, a bowl containing fresh grapes — computers translate their brain activity into real-time operation of a wheelchair. (Credit: Shawn Rocco/ Duke Health)

As the monkeys learned to move the wheelchair, the rate at which they completed the trials sped up exponentially. In addition, as they became more efficient drivers, brain signals that analyzed distance away from the bowl of grapes were detected.

“This was a surprise,” said Nicolelis. It demonstrates the brain’s enormous flexibility to assimilate a device, in this case a wheelchair, and that device’s spatial relationships to the surrounding world.”

This particular trial recorded the activity of 300 of each of the monkeys’ neurons. Nicolelis’s lab can  record up to 2,000 neurons using the cortical implant.

That has incredible potential for paralyzed or severely disabled patients! But before the device can be considered for human implantation, the team must demonstrate increased accuracy and reliability of the BMI in primates.

In this case, we really ought to let these researchers monkey around to their heart’s content! 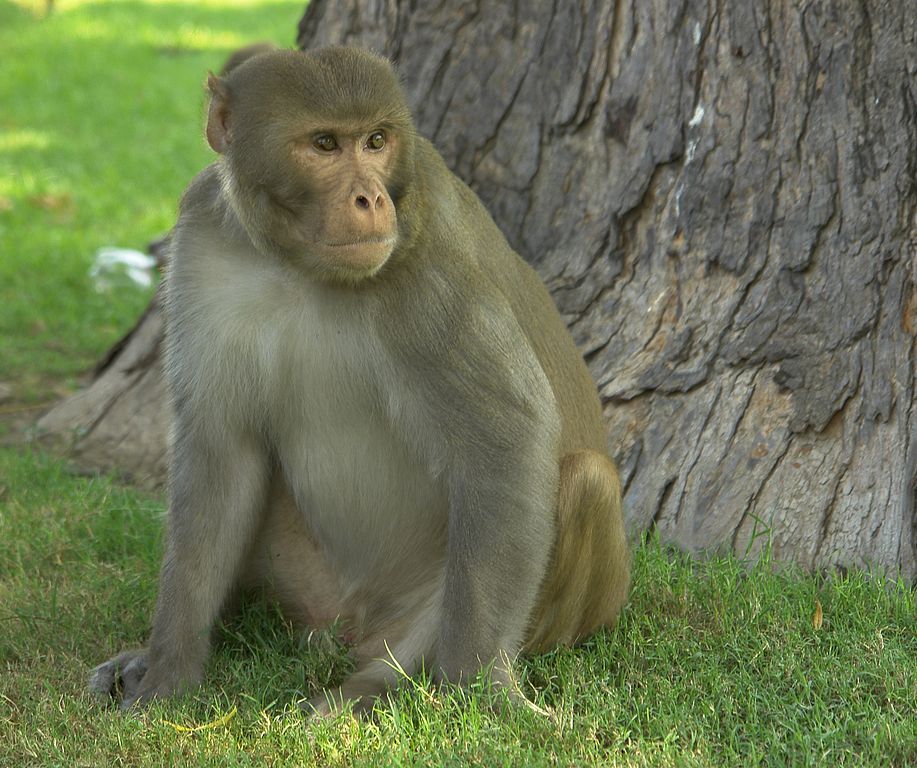