A U.S. lawmaker is renewing his push for Congress to toughen requirements on medical-device warnings, calling Olympus Corp.’s 2013 decision against issuing a broad alert to U.S. hospitals about scope-related superbug outbreaks “despicable.”

Rep. Ted Lieu, a Democrat from California, says internal Olympus emails about that decision, detailed for the first time in a Los Angeles Times/Kaiser Health News article on Sunday, were “incredibly disturbing” and the company officials involved should face questions at a Congressional hearing. At least 35 patients in American hospitals have died since 2013 after developing infections tied to tainted duodenoscopes.

In company emails from February 2013, a senior executive at Olympus’ Tokyo headquarters told its U.S. managers not to issue a broad warning to American hospitals despite reports of scope-related infections in Dutch, French and U.S. hospitals. The executive added that they could respond to questions from a customer.

The company had issued an alert to European customers a month earlier but chose not to do so in the U.S. until last year. The emails were filed in a Pennsylvania court this month as part of a patient lawsuit and obtained by Kaiser Health News working in collaboration with the Los Angeles Times. 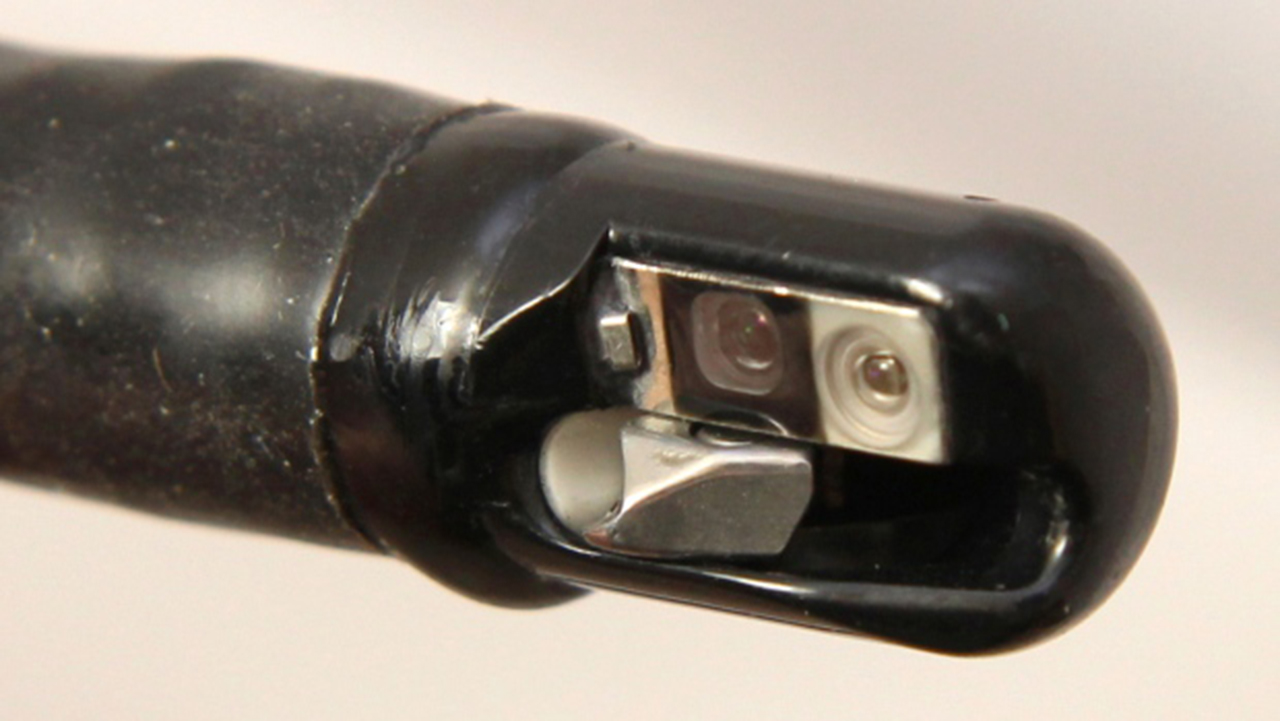 “Olympus’ actions in this case were despicable,” Lieu says. “They knowingly failed to warn hospitals and patients of their defective scopes.”

After the company opted against a U.S. alert in early 2013, Virginia Mason Medical Center in Seattle discovered an outbreak involving contaminated gastrointestinal scopes manufactured by Olympus. The hospital said 39 patients eventually became infected and at least 18 of them died. The hospital acknowledged that the patients who died had other underlying illnesses.

Hospital patients in Los Angeles, Charlotte, Denver, and other cities were also sickened by antibiotic-resistant bacteria, known as superbugs, after being treated with Olympus duodenoscopes.

“We are very troubled by the now very clear facts that Olympus in Japan knew of the infection problems with their duodenoscopes long before the outbreaks we saw in America, and chose not to warn physicians,” says Dr. Andrew Ross, section chief of gastroenterology at Virginia Mason Medical Center.

“If they had done so, physicians could then determine what is best in how to treat and advise their patients,” Ross says.

Virginia Mason is suing Olympus for fraud and misrepresentation in Washington state court. In court documents, Olympus denies the allegations and contends that the hospital failed to follow the instructions for cleaning the scopes.

Lieu filed a bill in April, known as the Device Act, which would make it mandatory for device makers to share safety alerts more widely, including those issued abroad.

Under the proposed legislation, companies would have to notify the Food and Drug Administration when they issue safety warnings in other countries related to the design and cleaning of their devices. The legislation also would require manufacturers to notify the FDA when they change the design or cleaning instructions of their devices, regardless of whether those changes warrant new government approval.

Lieu says he will press lawmakers to take up the bill in September when Congress reconvenes.

“This is why Congress needs to act and pass legislation to make sure this doesn’t happen again as well as hold a hearing,” Lieu says. “I believe it is now time for the decision-makers at Olympus to be held accountable and for Congress to hear what they have to say.”

Olympus didn’t have an immediate comment when reached Tuesday. The company has said previously that patient safety is a top priority and it is “working with the proper authorities and our stakeholders to understand and address the potential root causes” of contamination and infection tied to duodenoscopes.

Federal prosecutors are investigating Olympus and two other smaller scope manufacturers over their role in the superbug outbreaks at U.S. hospitals. In California, UCLA’s Ronald Reagan Medical Center, Cedars-Sinai Medical Center, and Pasadena’s Huntington Hospital all have reported infections linked to Olympus scopes.

At those three hospitals, 28 infections have been reported and 14 of the patients later died. Some of the patients who died were seriously ill and the role of the infection in their deaths is unclear.

Lieu has introduced an additional bill, a companion to legislation that Sen. Patty Murray (D-Wash.) has filed, requiring that the cleaning instructions for medical devices be scientifically validated to ensure they work.

Olympus holds an 85 percent share of the U.S. market for these devices and other specialty endoscopes. Pentax and Fujifilm are two other manufacturers.

Overall, as many as 350 patients at 41 medical centers worldwide were infected or exposed to contaminated scopes made by the three manufacturers from January 2010 to October 2015, according to the FDA.