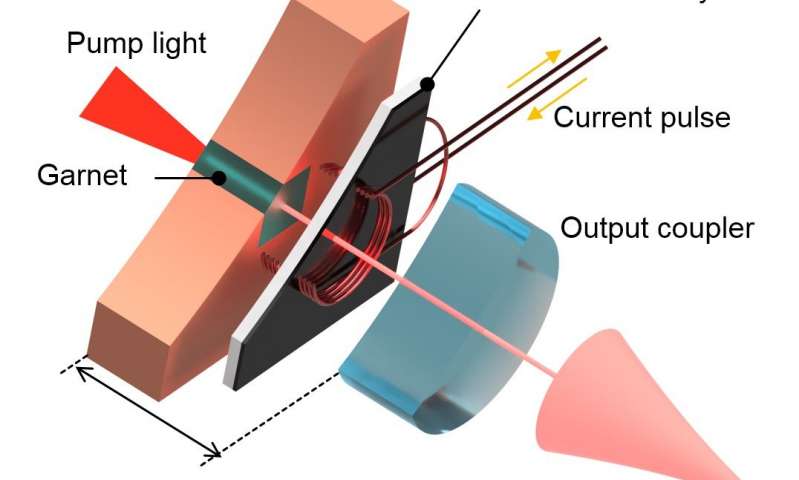 An international team of scientists has produced the first high-powered, randomly polarised laser beam with a “Q switch” laser, which typically emits pulses of light so brief that they’re measured in nanoseconds. Lasers are a critical part of modern technology—they’re used in everything from our automobiles to medical equipment to the satellites orbiting Earth. Now, researchers are broadening the potential applications of even smaller and more powerful lasers.

The researchers published their results in Scientific Reports.

“The experimental evidence provided in this study advances this research field toward the realization of actively controllable integrated micro lasers,” wrote Taichi Goto, second author of the paper and an assistant professor in the department of electrical and electronic information engineering at the Toyohashi University of Technology in Japan.

Other study contributors include scientists from the Institute for Molecular Science at the Laser Research Centre in Japan and the Electrical and Computer Engineering Department at Iowa State University in the United States.

Q switch lasers are used in a variety of applications, including in surgical procedures, and can produce more precise results with less damage than traditional tools. The lasers require integration of active and passive responsibilities for maximum efficiency. 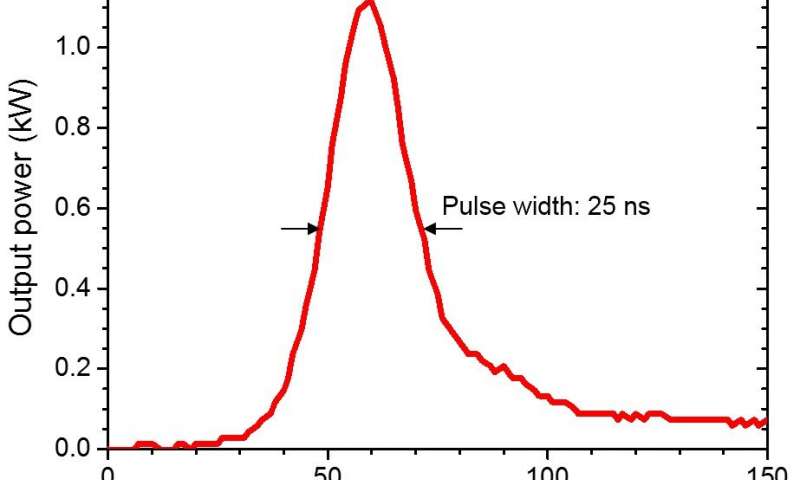 Obtained optical pulse. The peak power was about 1 kW. The pulse width was 25 ns. (Credit: (c) Toyohashi University Of Technology)

“There are two advantages to actively controlling integrated micro lasers,” said Goto. “The size is small, and mass production technique can be used. The price of one piece of Q switch laser can be decreased by the integration.”

A technique called Q switching produces short but high-powered pulse outputs. As in other lasers, an electric current excites electrons in a laser medium—in this case, it’s a crystal used in solid-state lasers—and emits the resulting energy as amplified light. The light can be polarized in one direction or another, but it’s nearly impossible to change the randomly polarized light in a small Q switch laser.

Goto and his team used Q switching, along with a laser a tenth of the size of an American penny, to produce a laser beam ten times more powerful than previously reported with a larger laser.

Along with the change of laser size, the researchers also adjusted the magnetic material through which the light travels and amplifies to a more powerful pulse. With the addition of a neodymium-yttrium-aluminum-garnet, Goto could use magneto-optics to better control how the light moves within the laser cavity.

For the first time, the randomly polarized (unpolarized) light was generated using an magneto-optical Q-switched laser in this work, opening a new field of applications. (Credit: (c) Toyohashi university of technology)

The short pulses allow the researchers to change the polarization of the laser through manipulation of the photons comprising the light. Instead of a constant light, each pulse can be switched. The laser size means the energy punches out, instead of dissipating as it travels inside the system.

The researchers plan to increase the peak power of their system, according to Goto. They also plan to apply the system as an integrated micro laser for further testing.