Ronke Olabisi once dreamed of becoming an astronaut.

“If healing people faster on Earth is going to be helpful, then it’s really going to be helpful in space,” says Olabisi, an assistant professor in Rutgers’ Department of Biomedical Engineering. “Spaceflight affects every single system.” 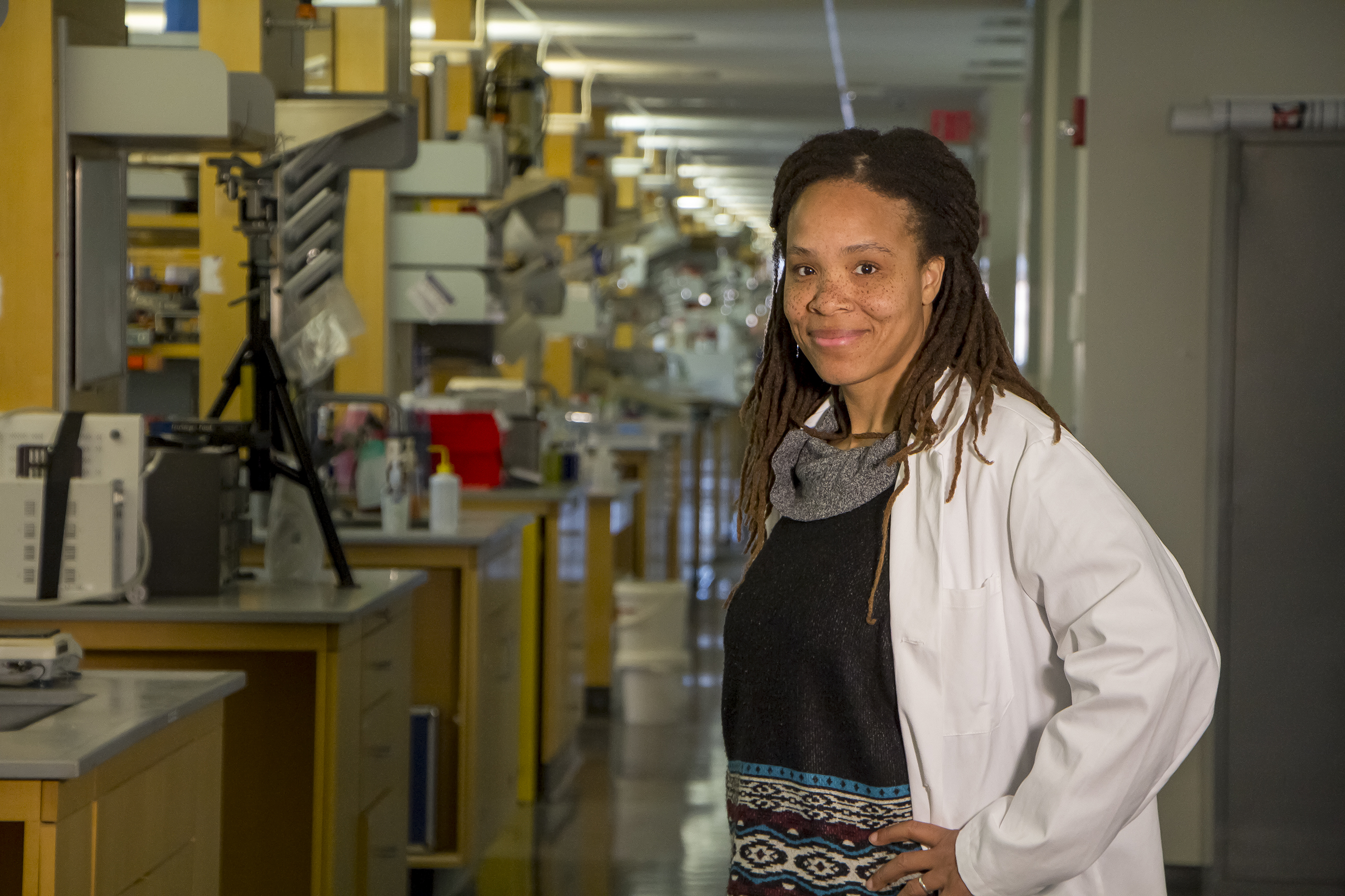 Ronke Olabisi, assistant professor in the Department of Biomedical Engineering, and her lab focus on tissue engineering and regenerative medicine to replace or repair bone, skin, muscle and the retina. (Credit: Rutgers University)

Bones, muscle and other tissues gradually break down in space, posing major problems for anyone wanting to go to Mars and beyond, said Olabisi, who works in the School of Engineering. Fractures, wounds and soft tissue injuries don’t heal quickly in low-gravity conditions, and the biomedical engineer is studying how to speed the process.

Olabisi and her lab focus on tissue engineering and regenerative medicine to replace or repair bone, skin, muscle and the retina. She and her colleagues want to develop biosynthetic materials, or biomaterials, that drive or direct how cells function. One goal of the field is to replace organs – such as the liver and lung – in people who need new ones.

When she was a child, Olabisi loved science.

“Other kids wanted to do magic,” says Olabisi, whose father is a chemical engineer and mother is a physician. “I wanted to do science. I liked chemistry. I liked physics. I liked biology. I liked it all.”

She fell in love with biomedical engineering by accident. At the University of Michigan, a professor asked students to design an aerospace material for a non-aerospace application. She developed a hip implant and began learning more about bone, the only body material that heals without a scar.

As people age, the healing process is impeded and people who break their hips are more likely to die in the hospital than those who don’t, said Olabisi, who joined Rutgers in 2012. Tissue engineering could repair hip fractures, saving lives.

Six years ago, she began working with the 100 Year Starship project, a nonprofit striving to facilitate interstellar flight beyond our solar system within 100 years. She’s a member of its science board.

“It’s a thought exercise,” she says. “In 1869, we never thought that in 100 years we’d make it to the moon and in the decade that they put forth the effort to go to the moon, all of the things that were required to get them there completely transformed our technology.”

“We have GPS because they needed to develop a way to communicate with the astronauts in space,” she says. “We have cell phones. We have water filtration. It profoundly transformed life on Earth for the better, and if we try to get to another star in the next 100 years, imagine the technologies that would be developed that would improve life on Earth? It’s really secondary if we actually make it to another star.”

Deep space missions will boost crew exposure to long-term microgravity, or weightlessness, and reduced gravity, according to the 100 Year Starship Project. Such low-gravity environments slow wound and fracture healing and accelerate bone loss, muscle loss and certain aspects of aging. Tissue-engineered skin grafts are available now on Earth, but non-healing wounds remain troublesome for burn victims, diabetics and the elderly.

Olabisi’s goal is to develop injectable microscopic biomaterials, topical lotions, and large biomaterials that can speed healing of skin wounds, bone fractures and degenerating retinas. Her cell therapy research is based on a novel system that traps proteins, insulin-producing cells, and mesenchymal or adult stem cells (MSCs) in tiny spheres made of synthetic hydrogels. These spheres, called microspheres, might be applied to external wounds or injected to treat fractures and soft tissue injuries. Microspheres can be frozen for storage and freeze-dried, according to Olabisi.

In recent lab experiments, she and her team observed diabetic wound healing in 14 days without intermediate scar or scab formation. Normally, such wounds would take 35 days to heal, Olabisi says.

She and her lab are also studying the Bruch’s membrane – a barrier in the retina that prevents immune cells from entering the eye and causing irreparable damage. The Bruch’s membrane is the first thing that gets damaged during age-related macular degeneration, the leading cause of blindness in developed countries, she said.

Olabisi’s team is trying to develop a scaffold that mimics some of the membrane’s key features. Her lab is also conducting research on nacre, commonly known as Mother of Pearl, which has an affinity for bone and causes bone cells to grow.

“We’re trying to take a step back and identify the ingredients and build biomaterials from there,” she says.