Surgeons have made many significant contributions to science in the 20th century, but the specialty has been losing ground to other medical researchers in terms of government funding over the past decade, according to a study published as an “article in press” on the website of the Journal of the American College of Surgeons ahead of print. The authors recommend ensuring that those surgeons who want to do research have the resources to do it.

“Most surgeons don’t conduct research because it takes extra time and isn’t always compatible with their primary responsibility for taking care of patients,” says senior study author Gorav Ailawadi MD, FACS, who along with more than a dozen surgeon-scientists and students at the Department of Thoracic and Cardiovascular Surgery at the University of Virginia, Charlottesville, took part in the study.

The researchers focused on the Research Project Grants, specifically R01 awards, which the National Institutes of Health (NIH) calls “the original and historically oldest grant mechanism used by NIH. R01 grants provide support for health-related research and development based on the mission of the NIH.” Their analysis looked at a major segment of Research Project Grant (RPG) funding from the NIH, and other NIH grants awarded between 2006 and 2016. The NIH underwrites most successful academic research laboratories in the United States with tens of thousands of grants, primarily R01s. However, in the past decade, the number of NIH grants has gone down, while applications (and grant amounts) have increased. Only about one of every five or six applications resulted in a funded grant over the period studied.

While the NIH budget has held steady at about $3.2 billion annually for research grants over the last decade, funding to surgeons declined from $314 million to $292 million. Nonetheless, the results showed that surgeons produced impactful research, and were successful in converting NIH K-series4 mentored/early investigator awards into R01 support as independent investigators. 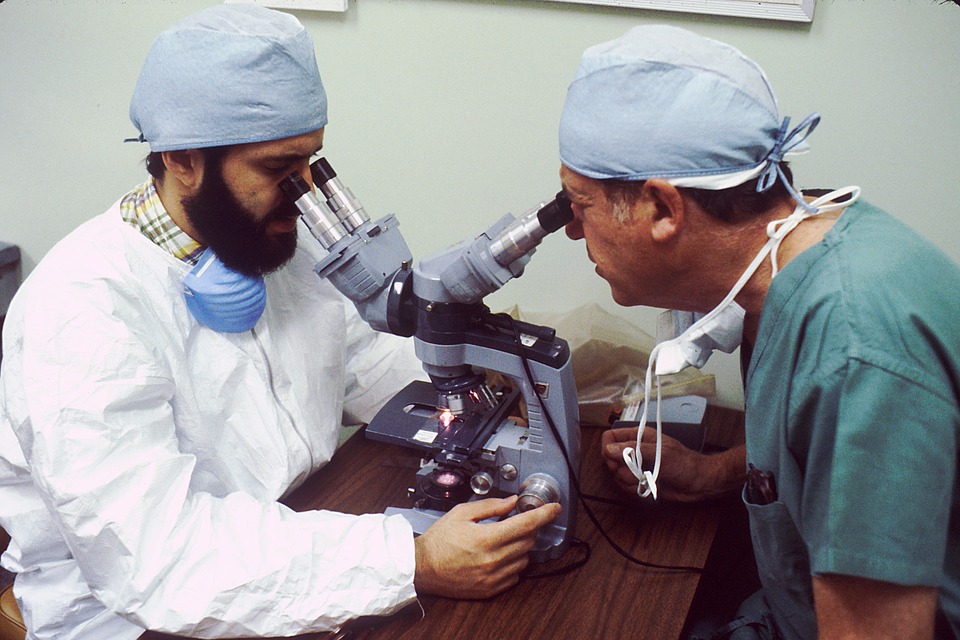 Study findings also showed that surgeons had significantly less success obtaining grants compared with other applicants, particularly, internal medicine faculty. But 831 surgeons did obtain NIH R01 grants during the study period, and the influence of their research was noticeable, as measured by the number of articles published in distinguished journals reporting on their research findings. In addition, the researchers wrote that a “grant impact score was calculated for each grant based on the publications’ impact factor per funding dollar amount.” Based on this formula, surgeons’ impact scores increased by about 25 per cent over the study period, Dr. Ailawadi says. Orthopedic surgeons conducted by far the most influential research among surgeons in the study using this metric.

In addition, 46 percent of young surgeons who obtained NIH K-Series research grants in the years between 2007 and 2012 went on to successfully obtain a subsequent R01 grant. K-grants are designed to help early-career researchers get established with the help of mentors.

An important part of the surgeon’s work is to find ways to minimize complications to the patient, Ailawadi says. He explained that interactions with patients inspire surgeons to create innovations that they can put to work in clinical practice to improve patient outcomes sooner rather than later. The tradition of the surgeon-scientist traces back to such giants of medical research as Alexis Carrel, who won the Nobel Prize in 1912 for his foundational contributions to vascular surgery and transplantation.

Throughout the second half of the 20th century, NIH funding has benefited innumerable landmark advances in surgical science. Two prime examples are the legendary decades of work by general surgeon Bernard Fisher, MD, FACS, who established systemic chemotherapy for breast cancer as an effective means for treating the disease as opposed to the old aggressive Halsted radical mastectomy. Fisher was the first to establish, by means of laboratory and clinical investigation using randomized trials, a scientific basis for breast-conserving surgery. Furthermore, the NIH funded some of the leading-edge research of plastic surgeon Susan E. Mackinnon, MD, FACS, FRCSC, who has been recognized for her leadership in the innovative use of nerve transfer procedures for treatment of patients with devastating peripheral nerve injuries. Both surgeons were named recipients of the Jacobson Innovation Award by the American College of Surgeons, the College’s highest research honor.

Moving forward, the authors recommend that academic institutions and the NIH increase support for surgeon-scientists at the beginning of their careers “to increase basic/translational science research and lead to future surgical discoveries that will benefit mankind.”

But surgeons may be at a disadvantage compared with other scientists, Ailawadi says. “Hospitals want surgeons to operate and bring in revenue.” Secondly, he pointed out that, “the NIH has shifted more to molecular analyses, and has become much more focused on benchtop research,” which is typically performed by full-time PhD researchers in a laboratory rather than clinicians in a practice setting. Thirdly, applicants for NIH K-Series grants must agree to devote between half and three-quarters of their time to research. And finally, the authors state, many young surgeons have come to believe that “basic research may not be part of their role” once they begin practice.

“Most of us train five years or longer to learn how to operate and take care of patients. We don’t spend five years training to do research. It’s much harder for surgeons to decide to do research, attain the skill set and pursue it, when they have opportunities to be remunerated for their clinical volume alone.” Ailawadi says.

Ailawadi believes that surgeons’ declining representation among NIH grantees is a potentially worrisome sign for the future, because the NIH approves grants based on recommendations from study sections composed to an extent of past and present grantees. While the NIH works to include experts in any given study section who are well versed on the science the group will be reviewing, Ailawadi notes that fewer surgeons getting grants means fewer surgeons will be in those influential study sections in the future.

“Then the challenge will be to convince PhD scientists on study sections that our research is more meaningful to the field of surgery than that of a number of PhDs who are also submitting their projects in other disciplines,” he says.