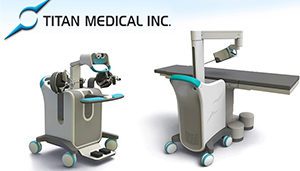 Just today, the company announced the completion of initial formative human factors studies for its Sport single port robotic surgical system. The Sport system boasts the ability for a variety of surgical instruments on snake-like arms to be deployed through a single 25 mm incision for a minimally invasive surgery. Surgeons get to work at a mobile, ergonomically designed workstation with a 3D high-definition endoscopic view inside the patient.

Completing the human factors study was an important milestone under the leadership of Titan’s new CEO David McNally, who took over in January. McNally previously led Domain Surgical to a successful merger with OmniGuide Surgical. He succeeded interim chief John Barker, who had replaced John Hargrove in October 2016 after the company had to put the development of the Sport platform on hold amid a lackluster funding round. (Providence, R.I.–based Ximedica and Titan revived Sport development after Titan closed on a $7 million round later in October.)

Since McNally took over, there have been a number of other important developments at Toronto-based Titan:

MDO recently caught up with McNally to ask him about Titan Medical’s goals, including the company’s need to raise $70 million for commercialization, and how McNally sees the company standing out in a surgical robotics market still dominated by Intuitive Surgical: 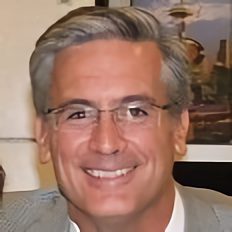 MDO: What are your major goals for the company?

From a product development perspective, I want to see us with fully functional advanced prototypes operating in live animal models this year – and with clarity on the regulatory pathway, preparing for FDA clearance and CE Mark, in order for us to be applying for both by the end of 2018, in anticipation of commercialization at selected sites in the U.S. and Europe in 2019.  That’s also why we added an experienced regulatory executive to our staff early this year.

The good news is that the feedback from surgeons that we have shown the system to, at trade shows last year in 2016, was very encouraging. We continue to engage our surgeon advisors for input on the design of the product … as we iteratively continue to improve the product, focusing on ergonomics, not just for the surgeon but for the entire hospital staff.

MDO: Not only are you competing against Intuitive Surgical and its da Vinci systems, but you have a host of other competitors including TransEnterix, which is betting on the haptics technology in its Senhance robot-assisted surgery platform. How does Titan Medical differentiate itself?

McNally: We welcome all the competitors to expand in the space. The way I look at it, the success of a number of competitors further validates the robotically assisted surgery marketplace. … TransEnterix has a respectable offering in their Senhance system, which is a multi-port system … multiple arms, multiple towers. We believe that our single incision approach can expand the addressable market with its simplicity and the opportunity for surgeons to have greater dexterity and perform more functions through a single incision. So, we actually look at our technology in some ways to be complimentary to the multi-port systems of Intuitive and TransEnterix.

MDO: Are you still looking at a price point for the Sport system that’s under $1 million?

McNally: We’re currently evaluating that further. We believe that the market can bear a range of price points, depending on the benefits of the technology that are delivered with savings to the price point that has been established in the marketplace to date … the $1.5 million to $2 million range. … With my 30 years in the business, I have the experience to note that it’s always easier to reduce prices than to raise prices.

As a new company entering this space, it makes sense for us to do our homework on assessing the feature set and benefits of the technology against pricing – and to make sure that, most importantly, that we can justify our value proposition. That includes not only the capital equipment, the robot, but even more importantly, the consumables, the parts that are disposed of with each procedure or are disposed of after a limited number of uses. … So, we look very closely at the cost per procedure, as well as capital equipment cost, from the user perspective.

MDO: It sounds as though the idea strategically is that the Titan Medical Sport system will cost a few hundred thousand dollars less than a da Vinci system, will be smaller, easier to roll between surgical suites and overall a more flexible system – not taking up a whole surgical suite in a hospital?

McNally: Yes. To summarize, we believe that single-port surgery will have its place in surgical robotics, based on our own primary research with surgeons. We’re determined to produce the best single-port solution, providing unprecedented dexterity and an exceptional vision system. The surgeon, as well as fellows and residents, can see in 3 dimensions with outstanding ergonomics, so we believe that it will be most user friendly for surgeons to learn on our workstation and then perform surgery. Further, the compact nature of our single arm solution is expected to provide for faster turnover in the operating room. We intend to make it easier to set up and get ready for the next case.

The mobility of Sport allows it to be moved within the operating room, and within a hospital facility or ambulatory surgery center. And it is a cost-effective solution in the manner that we are engineering the reusable and consumables components, so that it can be justified by the hospital administrators as a right-size solution for many of the hospitals on the smaller end of the range, as well as outpatient surgery centers.

It provides an opportunity for robotics to be embraced by a part of the market that previously has not had the opportunity to engage with robotic systems, based on cost and complexity.

MDO: What kind of indications are you looking at for the Titan Medical Sport system?

McNally: General abdominal, urology and gynecology are the application areas that we believe are the best places to start, beginning with low-risk procedures. And then, we expect that surgeons will tell us where they would like to take it next. With experience, we expect adoption in more complex procedures, including oncology surgeries.

MDO: The capital raises you’re planning this year – how much do you need?

McNally: We expect to raise on the order of $70 million to take us through commercialization. And so, we’re working with our Canadian and U.S. investment bankers on strategy and execution to raise that amount. This opportunity is unique in that there is an unmet need in the marketplace. The market is significant in magnitude, and so, we want to make sure we do this right.

We always try to think: different and better. And different alone, of course, doesn’t build a leading franchise. I marvel at some of the commercial examples we’ve seen in consumer products where companies have delivered such an incredible value proposition – like, for instance, Apple. And so, we should all be trying to delight our customers with solutions that empower them to do much more than they’ve been able to in the past. What’s very exciting about this surgical robotics opportunity is if we do this right, we have the opportunity to not only improve patient outcomes and delight surgeons but to also delight the operating room staff, which is so critical to successful outcomes in the operating room, as well as hospital administrators. So, we focus on every aspect of the business. It all ties back to delivering clinical benefits, but the ability to do so economically also allows more patients to enjoy the benefits of the improved repeatability and outcomes provided by surgical robots. 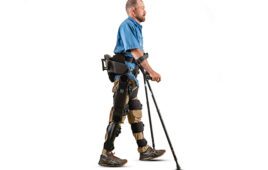