America’s weight problem isn’t getting any better, according to new government research.

Overall, obesity figures stayed about the same: About 40 percent of adults are obese and 18.5 percent of children. Those numbers are a slight increase from the last report but the difference is so small that it could have occurred by chance.

Worrisome to experts is the rate for children and teenagers, which had hovered around 17 percent for a decade. The 2-to-5 age group had the biggest rise.

The years ahead will show if that’s a statistical blip or marks the start of a real trend, said the report’s lead author, Dr. Craig Hales of the U.S. Centers for Disease Control and Prevention.

The bad news is that the numbers didn’t go down, experts say. In recent years, state and national health officials have focused on obesity in kids, who were the target of the national Let’s Move campaign launched by former first lady Michelle Obama in 2010. 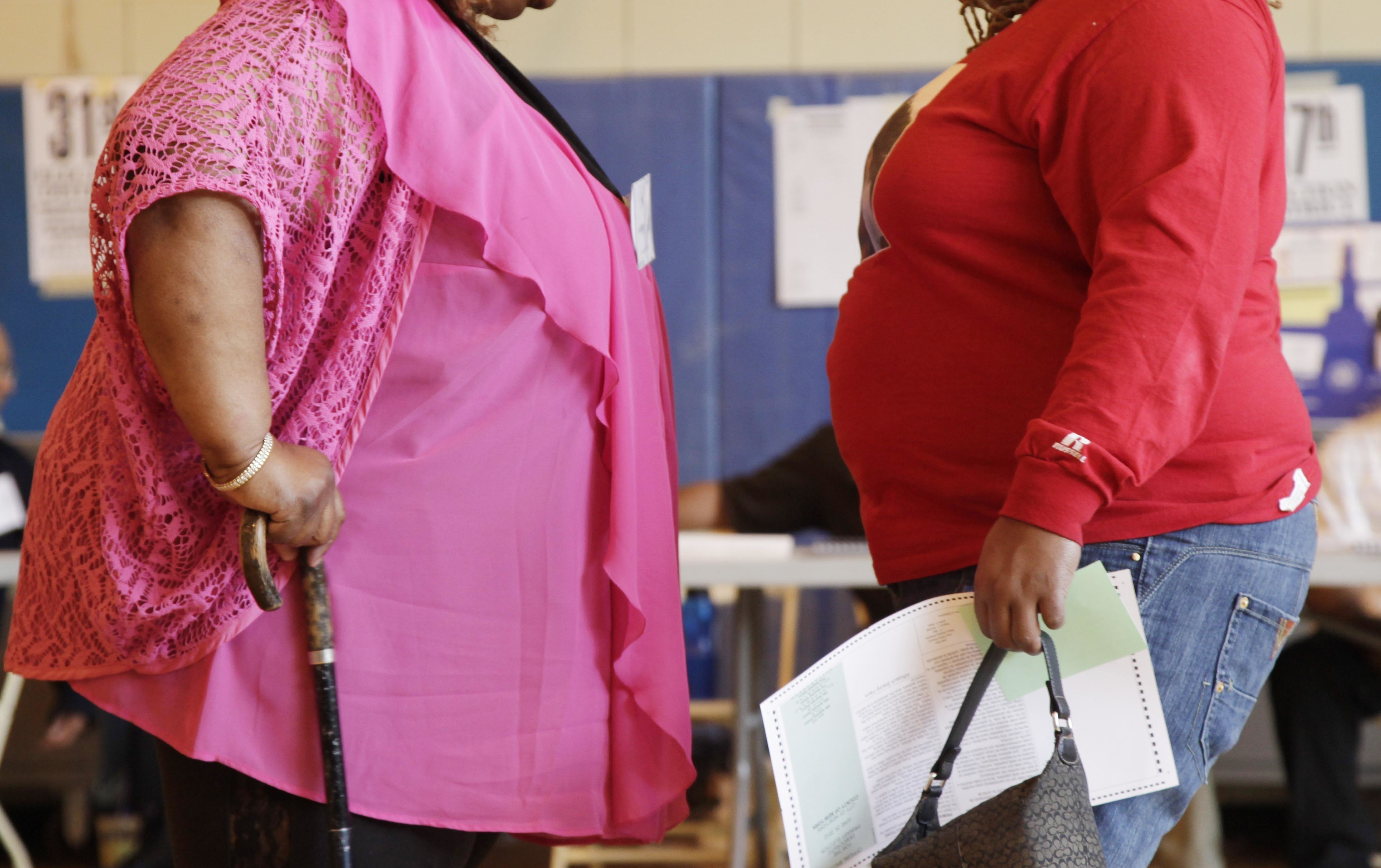 In this June 26, 2012 file photo, two women converse in New York. New government figures released Friday, Oct. 13, 2017 showed small increases that were not considered statistically significant but were seen by some as a cause for concern. The adult obesity rate rose from to about 40 percent, from just shy of 38 percent. (AP Photo/Mark Lennihan)

“This is quite disappointing. If we were expecting the trends to budge, this is when they would be budging,” said Andrew Stokes, a Boston University expert on tracking obesity.

The new figures are from an annual government survey with about 5,000 participants. The survey is considered the gold standard for measuring the nation’s waistline, because participants are put on a scale to verify their weight.

Obesity means not merely overweight, but seriously overweight, as determined by a calculation called body mass index . Until the early 1980s, only about 1 in 6 adults were obese. The rate climbed dramatically to about 1 in 3 around a decade ago, then seemed to level off for years.

More details from the report:

—By age, the fattest adults are in their 40s and 50s. The obesity rate for that age group is 41 percent for men and 45 percent for women.

—By race and gender, the problem is still most common in black and Hispanic women; more than half are obese.

—But for children ages 2 to 5, the rate jumped to 14 percent from about 9 percent.