UConn Health recently announced it is the first healthcare facility in the U.S. to purchase and utilize the ARveo digital augmented reality microscope. The new device from Leica Microsystems was previously used by surgeons during its clinical trial process, but UConn Health is the first to incorporate the ARveo following its official launch in the spring.

“The advanced augmented reality, image-guided microscope allows us to go beyond what we can normally see with our naked eye and traditional microscopes,” Ketan Bulsara MD, MBA, professor and chief of the Division of Neurosurgery at UConn Health, notes in a press release. “It allows practitioners from multiple surgical specialties to treat even more complex lesions more safely.”

The ARveo is a tool in the hybrid OR at John Dempsey Hospital, the UConn Health facility located in Farmington, Connecticut.

According to Leica Microsystems, the ARveo is a neurosurgical microscope with digital augmented reality imaging enhanced by the company’s proprietary GLOW AR technology, which melds fluorescence and white light into a singular image of the surgical site. This allows for a view of the cerebral anatomy with accurate colors and real-time vascular flow. 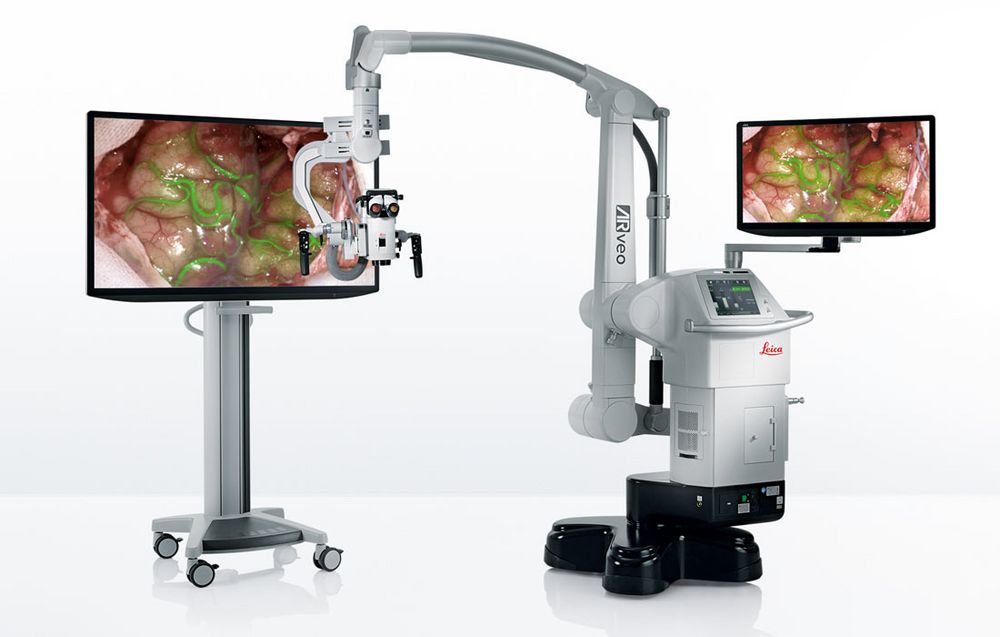 “Maximum visual information about cerebral anatomy and physiological processes — this is what neurosurgeons have told us they need most when performing life-changing neurosurgical interventions” Markus Lusser, president of Leica Microsystems, explained in a release timed to the device’s launch. “ARveo with integrated GLOW AR takes surgical visualization to the next level by placing the latest digital imaging technology at the service of medical progress in the best possible way. The augmented visual information empowers decision-making and supports optimal patient outcomes.”

The ARveo provides viewing options on 4K 3D monitors or through eyepieces that feature a 1080p HD display. The system has built-in sharing capabilities, allowing the surgeon to livestream images outside of the OR or easily record the procedure for future study.

The hybrid OR at John Dempsey Hospital was part of a major improvement project at the healthcare facility. The 1,200-square-foot space was added to a new hospital tower shortly after it opened, in 2016. The initial cost of the new tower exceeded $325 million.