An umbrella sparked a scare at a Seattle-area hospital after it was mistaken for a rifle.

KOMO reports an employee of Evergreen Medical Center in Kirkland, Washington, noticed a visitor Wednesday morning carrying a backpack that had a long-handled item sticking from the top of it. 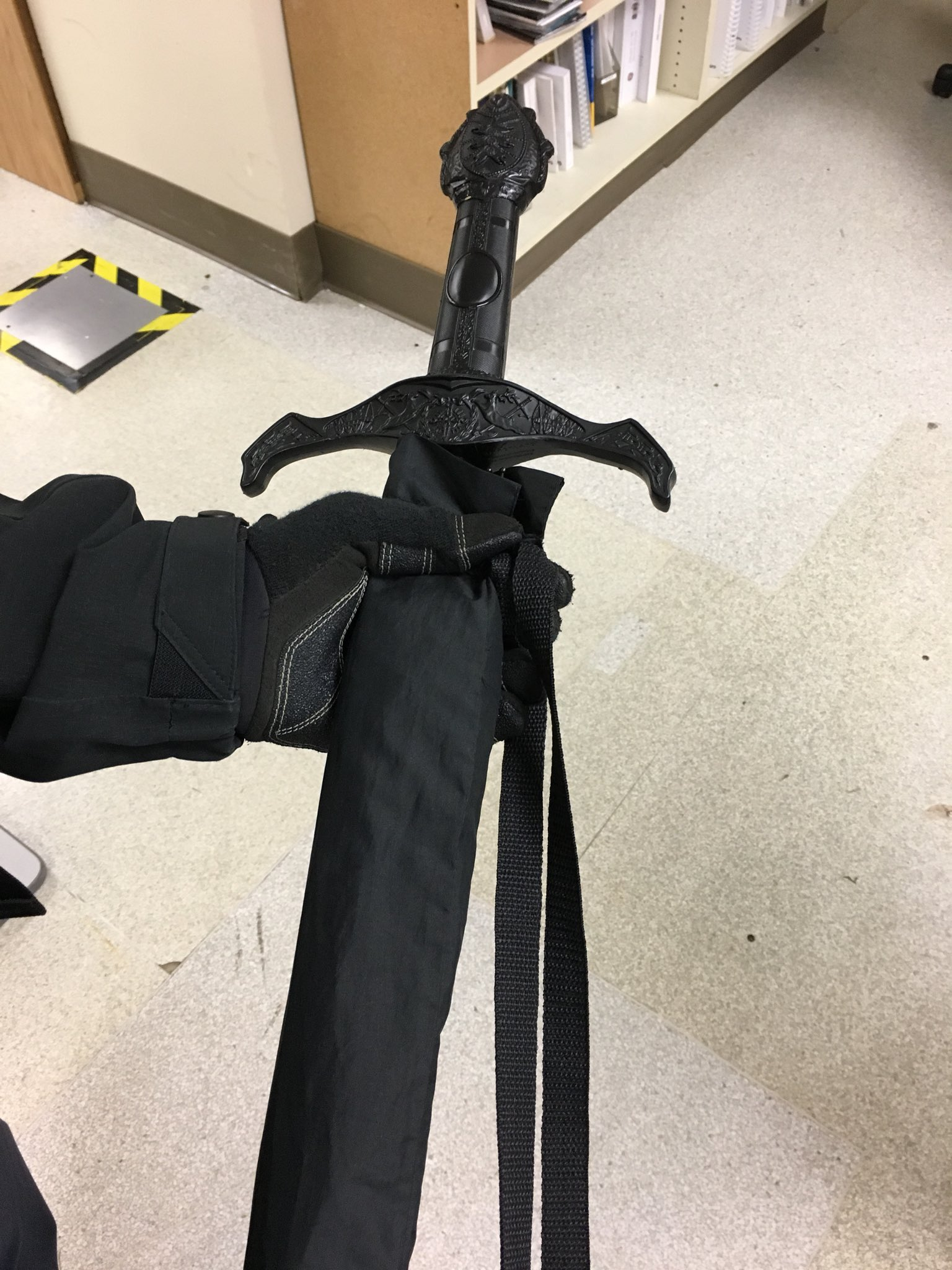 Evergreen Health spokeswoman Kay Taylor said surveillance video was reviewed but it wasn’t clear what the object was. As a precaution the facility was locked down and the hospital sent out the surveillance photo.

The man in the photo recognized himself and contacted hospital security to let them know it was an umbrella with a handle that’s shaped like a sword.

Police confirmed it was not a weapon and the lockdown was lifted.