Normal scar tissue forms to heal an internal wound and quietly retreats when the job is done. But in many common diseases — kidney, liver and lung fibrosis — the scar tissue goes rogue and strangles vital organs. These diseases are largely untreatable and ultimately fatal.

A new Northwestern Medicine study has newly identified a trigger of some fibrotic diseases and an experimental compound to treat it.

Fibrosis — a progressive scarring and hardening of internal organs — is estimated to cause 35 to 40 percent of deaths in the world. Fibrotic diseases include diabetic kidney fibrosis, alcoholic liver cirrhosis, hepatitis C, pulmonary fibrosis, and nonalcoholic fatty liver disease, which may lead to fibrosis of the liver, the leading cause of liver transplant.

In one subset of human fibrosis cells, scientists discovered a delinquent gang of molecules that continually shouted at an immune receptor — the antennae on the cell — to produce scar tissue instead of quieting down and allowing the scar tissue to go back to sleep.

Scientists collaborated with a University of Colorado researcher who used crystallography and computer modeling to predict a molecule that could block the receptor that leads to the uncontrolled scarring. When they tested the molecule, T53, in three different mouse models of fibrosis, the abnormality was significantly reversed. 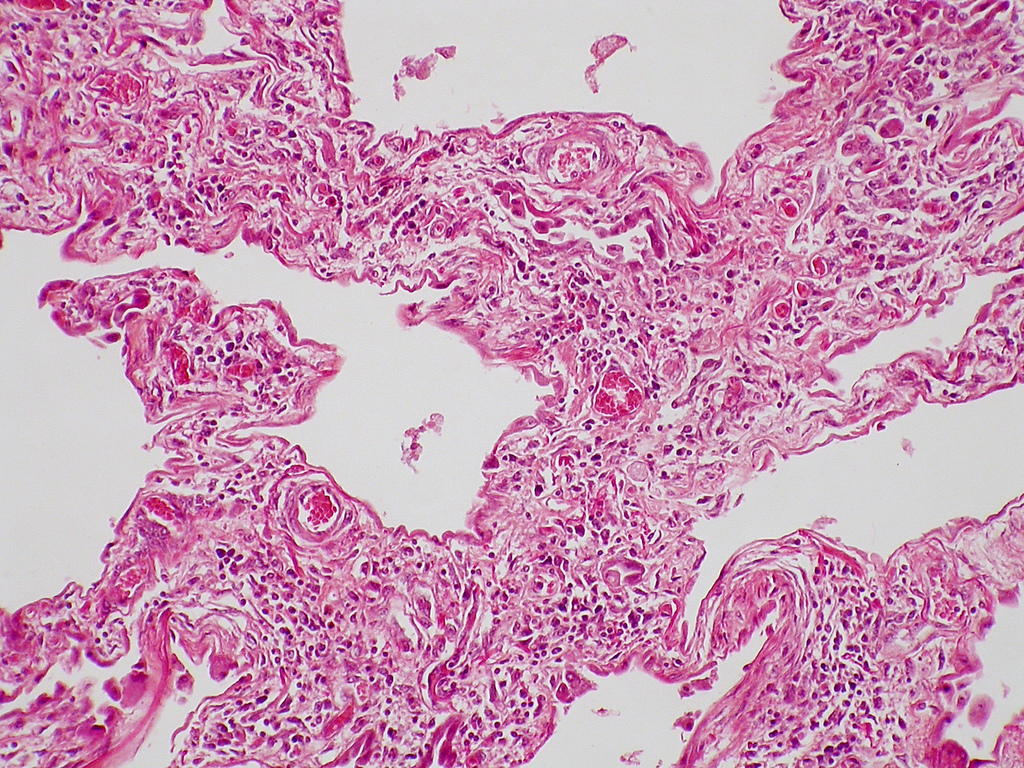 “Our study opens a new door into fibrosis by looking at it as an aberrant innate immune response and suggesting a novel approach to treat it,” says senior author Dr. John Varga, director of the Northwestern Scleroderma Program and the John and Nancy Hughes Distinguished Professor of Rheumatology at Northwestern University Feinberg School of Medicine.

The paper is published in the Journal of Clinical Investigation Insight.

“The leading cause of liver failure in western world is obesity and that’s because of liver fibrosis,” Varga says. “In the U.S., many of these diseases are lifestyle or age dependent. As we get fatter or older, they get worse.”

Most fibrotic disease likely begins as normal repair of an injury, scientists say.

“But if the immune system produces too much of an initial scar, it can’t go back to normal,” Varga says. “You have an unhealed scar that keeps growing and can wipe out the entire organ.”

Not everyone’s fibrosis is caused by the same abnormality, Varga says. If the compound, T53, is eventually developed into an approved drug, it would be targeted to patients with the specific genetic signature identified in the study.

“There is an emerging direction for treating fibrosis with precision medicine,” says first author Swati Bhattacharyya, research associate professor of medicine in rheumatology and scientific director of the Scleroderma Research Laboratory at Feinberg. “Some people live with fibrotic disease for 30 years while others die in two years. We need to identify the rapid progressors from the slow progressors. That’s where precision medicine becomes really critical.”

“The results of this study are encouraging,” Varga says. “We are not saying this compound is ready to be a drug. It’s an initial compound that would need to be developed and tweaked. It would need significant funding to go to the next step.”

Varga has spent more than a decade researching the cause and treatment of scleroderma, a type of fibrosis that simultaneously affects multiple organs. He directs the Northwestern Scleroderma Program, a clinical and research effort that follows 1,500 patients with scleroderma.